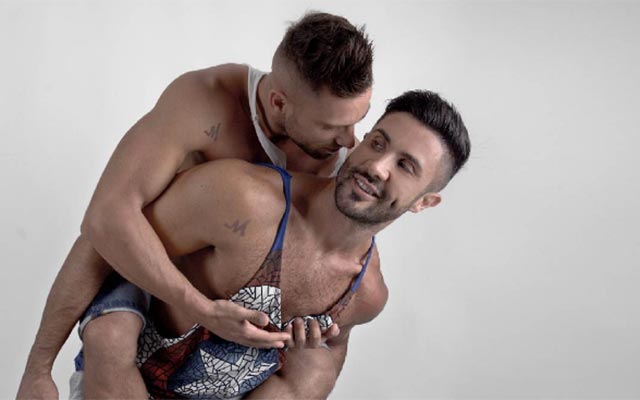 There’s nothing worse than dating a guy with annoying friends. It seems like everywhere you go, there they are – waiting, laughing, pointing. It’s a nonstop parody from hell that never ends.
But at the end of the day, you’re dating a man, not his friends. Before you explode and throw your drink in their face at your favorite happy hour, take a breath – in and out – and try to assess the situation calmly. Here’s how you do it:

Find out what bugs you about them.

Think about particular situations that rubbed you the wrong way – are these situations consistent, or were they a one-time thing? Try and articulate it for yourself, so you can decipher what it was that bothered you about them. The better you understand your feelings, the clearer the solution will be.

It’s none of your business who your man is friends with. Never give him an ultimatum: “It’s them or me.” It’s childlike and unfair. Not to mention it will make him resent you. If you want what’s best for the relationship, you need to allow him a chance to decide for himself. Talk to him rationally before you make threats.

Ask your friends for a second opinion.

Maybe it’s all in your head, who knows? The next time you go out, bring your friends along for the ride. They’ll serve as your support system, and can act as your eyes and ears. Trust me, a good friend will find out the dirt and report it to you promptly. Gotta love your boys!

If they give you shit, defend yourself.

Listen, they may be your boyfriend’s friends but you’re still a confident person– don’t back down. If his friends mess with you, put your foot down. Perhaps this is the moment your man will finally get it. Seeing his friends treat you badly should rub him the wrong way, and it could encourage him to see the situation from your side.

Don’t group him with his friends.

Just because his friends are assholes, doesn’t make him one, too. It’s history that ties our closest friends together, not similarities. Looking at all my friends, I can tell you we might not have much in common anymore, but it’s our history that seals the bond. They know me better than anyone else, and I love them for it. But at the end of the day, we’re different people. Don’t make that mistake.

Don’t assume you’re better than them.

The second you think you’re better than them is the moment they start to hate you. Whether you realize it or not, you will carry an attitude that screams arrogant and pompous. Remember, you want to be the good guy so your man can see the contrast. Don’t stoop to their level.

Focus on your connection, not your conflicts.

The relationship is the most important part. You’re dating your man, not his friends. Sure his friends might come with it, but if he’s worth it, bite your tongue and go with the flow. His friends do not need to be a part of your life, or daily focus. Set it to the side.