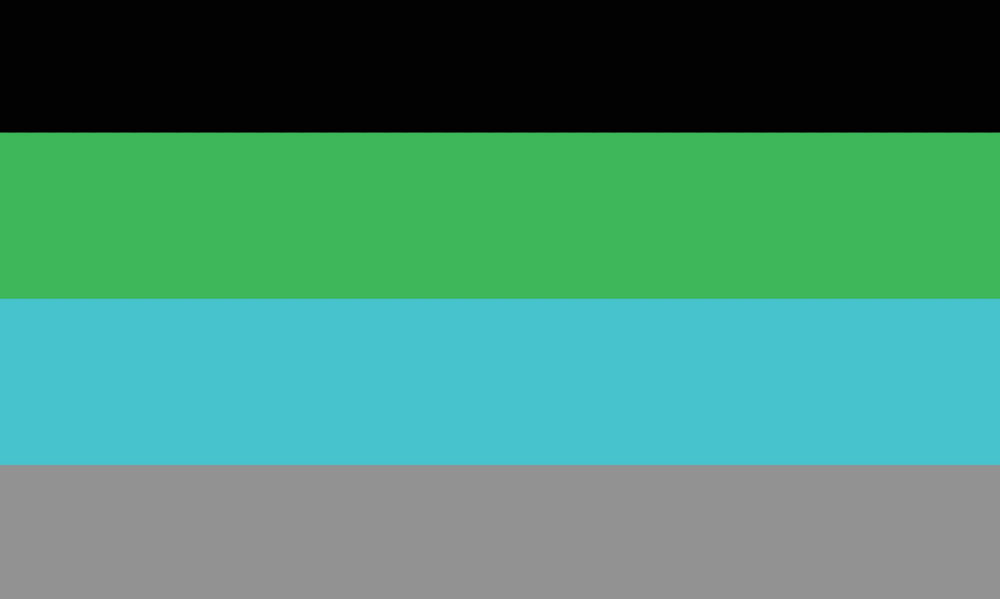 Romantic orientations describe with whom we are attracted and want to form romantic relationships. Many struggles to define romantic attraction or wonder if they’ve experienced it. If you’ve ever felt this way, you may be quoiromantic.

What is quoiromantic, and how is it different from other romantic orientations? Keep reading to learn more about how to pronounce “quoiromantic”, how this term came about, what its flag is, and so much more.

Related | What Does It Mean To Be Aroace?

Quoiromantic, also known as “whatromantic” or “WTFromantic”, is a label for those who refuse to define their romantic orientation or identify with the romantic/non-romantic binary.

Quoiromantics typically cannot distinguish romantic attraction from other forms of attraction, such as platonic, sensual, intellectual, and sexual. They may also find it hard to clearly separate friendship from romance, resulting in more queer-platonic relationships. For example, they may have a best friend who’s also a life partner and may even want to raise children with them. However, they may not want to date or sleep with them.

The term “quoiromantic” is rooted in the French word “quoi”, which translates into “what” in English. To say quoiromantic, pronounce it as “kwa-roman-tik”. The “kwa” can be likened to the “kwa” in “Kwanzaa”. 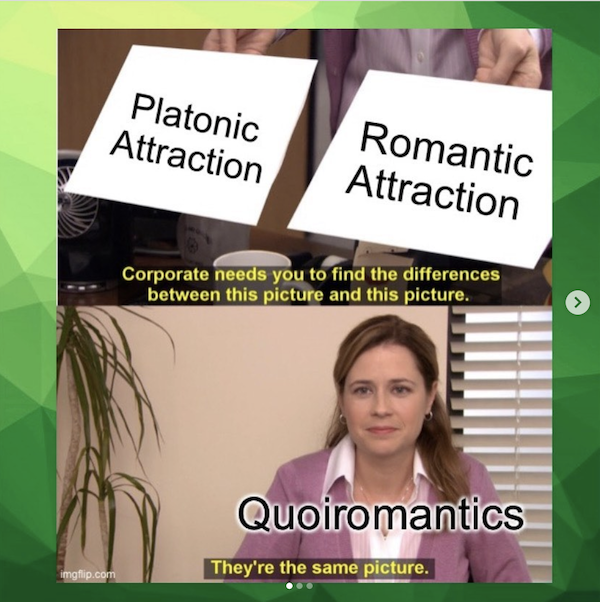 The History Of The Term Quoiromantic

In the early 2000s, the asexual community began using the split attraction or romantic orientation model to distinguish sexual from romantic attraction. However, not everyone in the community related to the orientations commonly listed in this model.

On Dec. 24, 2010, Dreamwidth user Kaz pointed out, “…asking me ‘so what’s your romantic orientation?’ is simply the wrong question.”

WordPress blogger Sciatrix coined the term “WTFromantic” in 2011, saying, “It started as a flippant, honestly fairly sarcastic frustrated comment, not an attempt as a serious identity designation.” Despite its joking origins, the identity resonated – much to Sciatrix’s surprise. 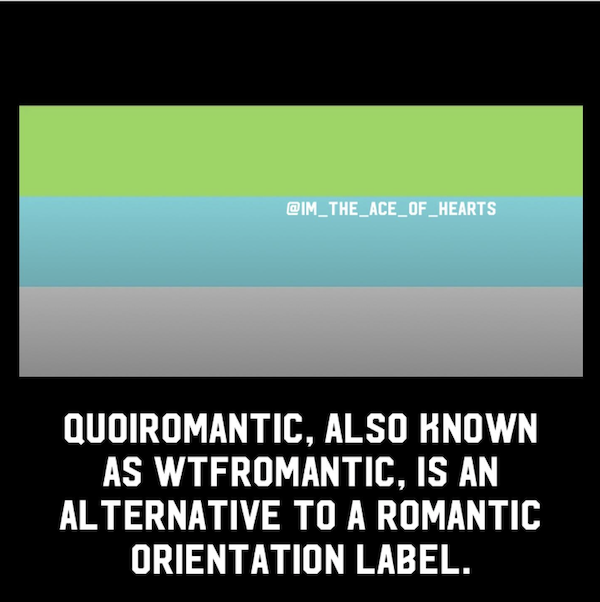 How Do You Know If You’re Quoiromantic?

Ever struggled with understanding romantic attraction or questioned the difference between romance and friendship? Take this quoiromantic test – if you relate to more than a few of the statements below, the quoiromantic label might be right for you:

What Is The Quoiromantic Flag?

Created in 2014, the first version of the quoiromantic flag featured black, white, lime green, and blue stripes. A second version still has the black stripe but has more muted green, blue, and gray stripes. The original Tumblr posts for these design proposals can no longer be accessed except through their respective Wayback Machine archive links.

Cor proposed a third flag in 2015, featuring four lavender question marks arranged in a ring with a single dot in the middle. The design was overlaid on a gray background shaped like a house, instead of the standard rectangular or triangular flag shapes. The question marks represent the idea of questioning identities.

A recent simplified design was suggested to make it easier to produce quoiromantic flags. This flag is triangular, with three question marks arranged in a ring and sharing one dot. This simpler flag has both green and lavender variations. 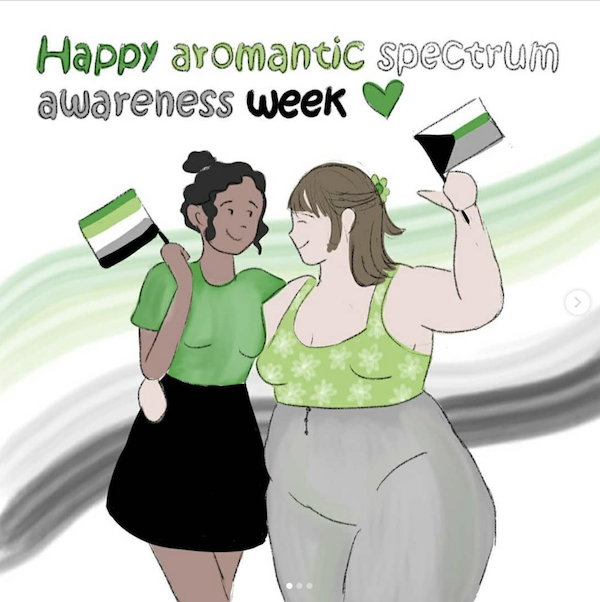 Quoiromantics struggle with seeing the difference between romantic relationships and other types of relationships. For them, the lines between friendships, romances, crushes, and other concepts don’t make sense.

Do these feelings sound familiar to you? Learn more about your identity and explore your orientation with our other guides!

Related | What Does Aegosexual Mean?