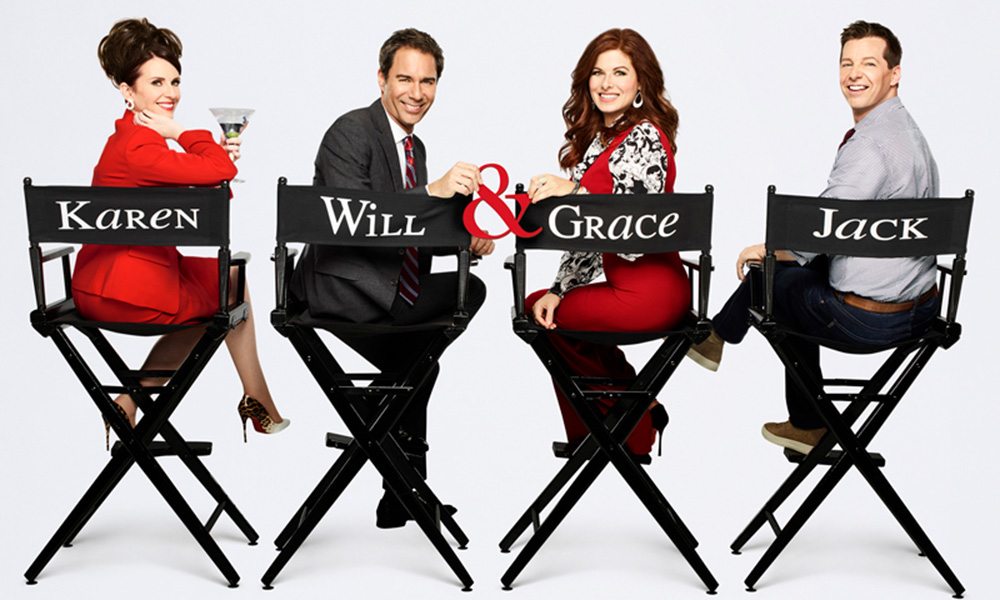 The encore we’ve all been waiting for is finally here.

After eleven years, NBC is bringing back its iconic comedy series Will & Grace, and the entire cast is on board. Eric McCormack, Debra Messing, Megan Mullally and Sean Hayes are back as the fabulous foursome Will Truman, Grace Adler, Karen Walker and Jack McFarland. According to NBC, the show will have a 12-episode run beginning this fall, but fans are hoping for more.

You're gonna want to sit down for this. #WillAndGrace ?: @nbcwillandgrace

Related | Sean Hayes Says He Has Regrets About Coming Out

In anticipation of the Will & Grace encore, Will, Grace, Jack and Karen reunited for the show’s first official trailer. The five-minute-long clip starts as Will and Grace exit the office of Bob Greenblatt, the president of NBC Entertainment. “Again, Bob, so excited,” Will says. “I can’t believe we’re back, taking the old peacock for the another ride around the …” “Thing,” Grace says, finishing his sentence. “Riding the old peacock? You know you got the job, right? You left all your lipstick on this a—,” she scolds.

Will & Grace premiered on NBC in 1998 and ended in 2006 after 200 episodes and countless dirty martinis. The show’s pioneering efforts paved the way for LGBTQ representation in mainstream television, and brought queerness to the masses.

Will & Grace will air Thursdays at 8 p.m. ET/PT this fall, so don’t forget to tune in, honey.