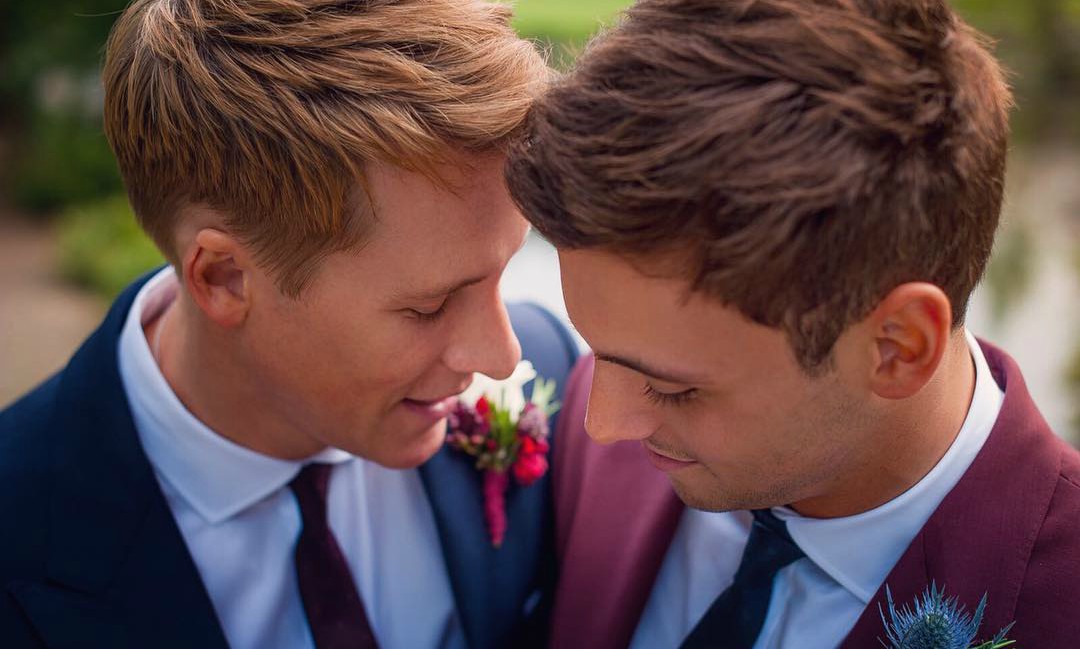 According to The Sun, Olympic diver Tom Daley, 22, and Oscar-winning filmmaker Dustin Lance Black, 42, have tied the knot. The couple reportedly married at Bovey Castle in the English countryside. The intimate ceremony was over-the-top and right out of a fairytale. The newlywed reenacted moments Shakespeare’s Romeo and Juliet before finally saying “I do.” Dressed in their best, Daley wore a burgundy suit while Black wore a navy suit and white shirt.

On 6th May 2017, I married the love of my life, @dlanceblack ❤️ We shared the day with 120 of our closest friends and family, from Texarkana to Plymouth! Thank you to everyone who made this weekend the most special weekend of our lives! • • • [email protected] ?‍♂️London Gay Men's Chorus ? @andymacphotofilm • • • #NoRomeo

Earlier this year, Daley faced accusations that he’d had an 18-month affair with British model Edward William. Despite the rocky relationship, he vowed it would “absolutely never happen again now that we’re getting married.” Daley continued, “Lance and I had time apart then came back together, realising we’re meant for each other. We’re soulmates.”

Related | Tom Daley Talks Coming Out and Sex at the Olympics

Daley and Black swapped vows at the luxurious golf resort in Dartmoor national park in front of 50 of their closest friends and family. The couple rented the entire 58-suite hotel for their celebration including the breathtaking Cathedral Room for the ceremony. Following the affair, guests indulged in a three-course cordon-bleu meal, and then moved to the Dartmoor Suite ballroom to party the night away.

6th of May 2017. When all my hopes and dreams of "Maybe one day…" came true. Thanks to all of our family and friends for helping create the best day of our lives.

So… what did you do this weekend?