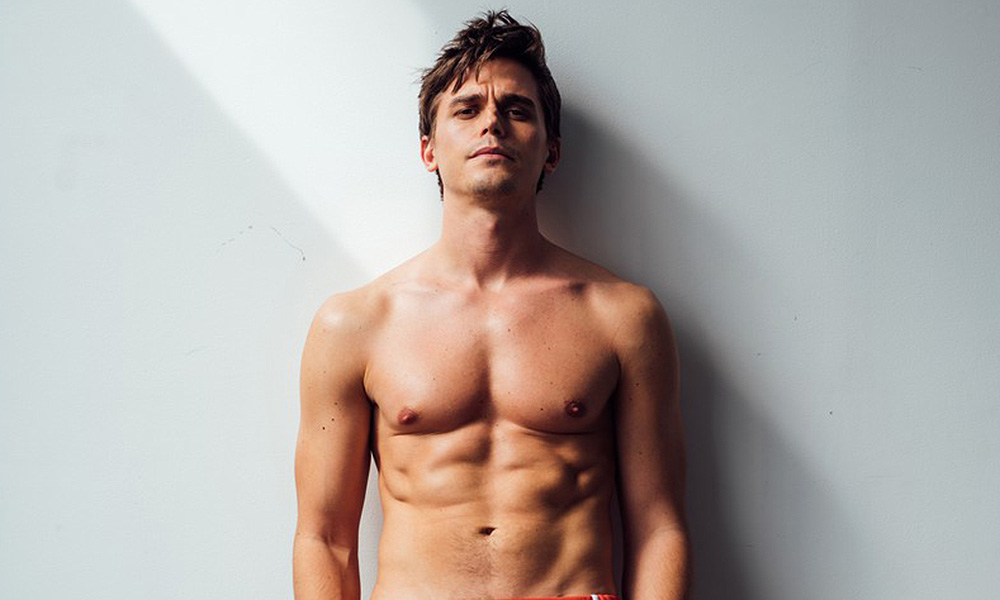 Antoni Porowski proves he’s the hottest cook in the kitchen.

To all the boys out there, who, like me, were born with no butt, yet dare to dream for a cover feature, dressed in nothing but loose overalls, I say, never, ever give [email protected] for @gaytimesmag

In this behind-the-scenes video, Porowski shows off his beautiful body, flashes his perfect smile and flaunts his bodacious bubble butt for all to enjoy.

Related | Queer Eye and the Myth of the Self-Made Man

During his cover interview, Porowski opened up about his experience on Queer Eye and working with Bobby Berk, Karamo Brown, Tan France and Jonathan Van Ness.

“When I first started telling people about the show, I would embarrassingly catch myself whispering ‘Queer’ as though … I don’t know if I was embarrassed, or I had some kind of shame. But it still felt taboo from childhood,” he told the magazine.

“It’s kind of nice because now I say it really confidently. The more you immerse yourself in something, the less precious it gets.”

You can read Porowski’s full interview in the May 2018 issue of Gay Times, which is available to pre-order here. The issue, which comes out this week, also features Dexter Mayfield, The Walking Dead‘s Danile Newman, Fischerspooner frontman Casey Spooner and ten-year-old drag sensation Desmond Is Amazing.