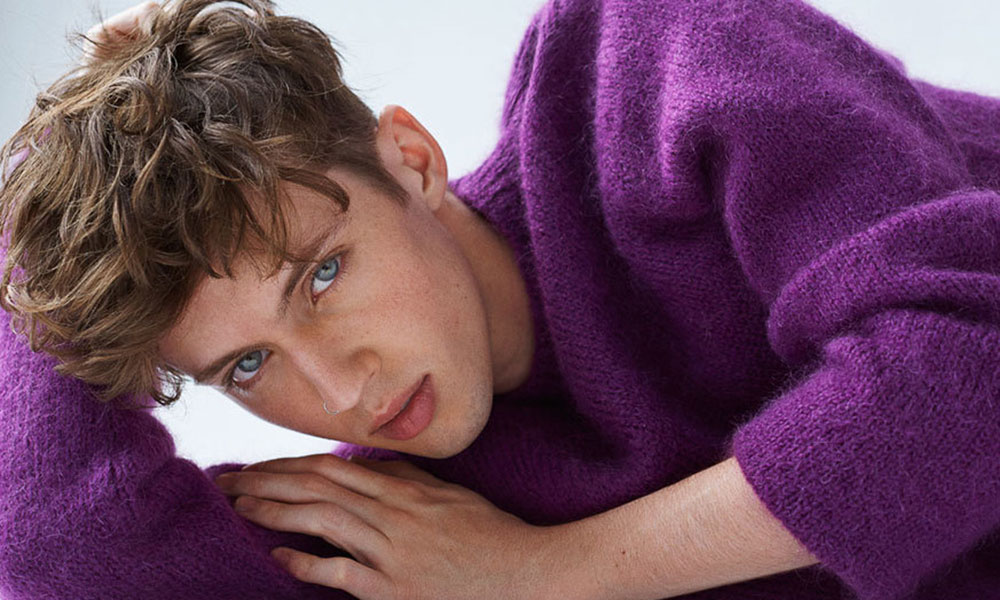 “I just did stuff that a 17-year-old boy shouldn’t really have to do.”

After bursting onto the pop-music scene with his 2015 debut Blue Neighbourhood, Troye Sivan has secured his position among pop’s LGBT A-list. Moreover, his upcoming album will cement his celebrity in queer history.

Ahhhhhh @attitudemag cover by @damon_baker!! Out everywhere in June – link in my story ❤️?

The risque video for his single ‘My My My!’ showcased 22-year-old Sivan’s mature new image and sound. Sivan sat for the cover of Attitude‘s June issue and discussed life as a young gay teen growing up in Perth.

Sivan — who came out on YouTube in 2013 — talks about the darker side of living as an isolated LGBT youth.

“All my friends were hooking up with random people at parties, and I just felt so left behind because I didn’t know gay people, I didn’t know where to meet gay people,” the “Wild” singer says.

“I didn’t really want to venture out by myself, and so I just did stuff that a 17-year-old boy shouldn’t really have to do.”

“I managed to get a fake ID and then I got Grindr on my phone and started to try to meet people who were like me, but you sort of are forced a little bit into these hyper-sexualized environments, and even though that’s awesome when you’re 17 … I didn’t know what else to do.”

Opening up about his encounters with “older” men, Sivan remembers: “My heart must have been going a million miles an hour. I don’t remember specifically but, because I was always so small, I was so scared to meet up with people because I was like, ‘I’m going to get killed, I’m going to get murdered by someone.’”

He continued, “When I see photos of myself, from when I was that age, and I think of the guys that I was meeting up with and talking to, I think: ‘Wow, I looked really, really young.’”

“[It makes me feel] Kind of a little bit creeped-out, but at the same time I really don’t have any regrets. Maybe I wasn’t ever truly scared, just really uncomfortable.”

“There’s actually a song about it on the album called ’17’ … Originally the chorus of the song was ‘Here he comes / like he just walked out of a dream / doesn’t care that you’re 17’. And I was like ‘uh, that sounds a bit predatory’, and maybe it was a little bit.”

“That’s what I mean, it’s like, I’m not looking back at those experiences in a negative or positive light.”