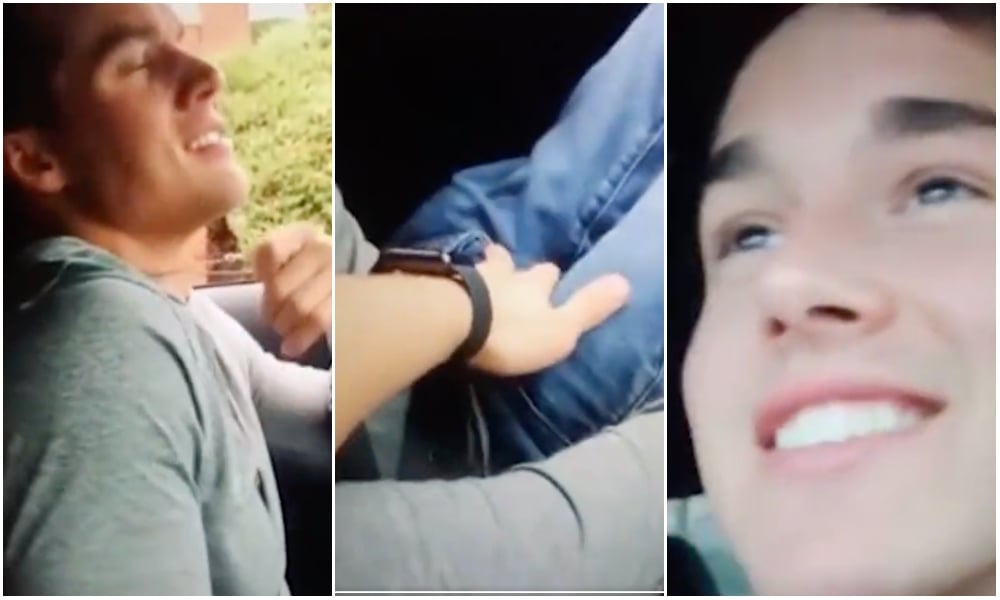 “I feel the passion and desire and would like to see a naked body beneath my hands,” Cawthorn says in the video.

Related | Aaron Schock Has Finally Come Out as Gay

The person responds, “Me too. I’d like to see that as well,” while turning the camera on himself. The remark causes Cawthorn to laugh, and the person then films himself caressing the lawmaker’s groin.

Since surfacing on Twitter, the video has garnered more than 700,000 views and received over 12,000 likes. It has been retweeted more than 7,000 times.

Who Is Stephen L. Smith?

Cawthorn has been accused of having an inappropriate relationship with his scheduler, Stephen Smith. Smith joined Cawthorn and his then-wife Cristina Bayardelle, 28, on their honeymoon in Dubai in April 2021. Cawthorn allegedly provided complimentary housing, travel, and loans to Smith. Additionally, Smith supposedly lives with Cawthorn in Hendersonville, North Carolina. Smith’s Facebook profile says he studied at Western Carolina University and his Twitter bio reads, “I love my country, traveling, and good teeth.”

Wheeler also shared screenshots of what he claims were records of Cawthorn and Smith’s mutual Venmo transactions. In the screenshots, some of the payments sent from Cawthorn to Smith included labels like “Getting naked for me in Sweden,” “The stuff we did in Amsterdam,” and “The quickie at the airport.”

Meanwhile, some of Smith’s payments to Cawthorn were labeled “For loving me daily and nightly” and “Nudes.”

Here are Venmo messages between Cawthorn and the scheduler obtained by American Muckrakers PAC. One payment made by Cawthorn to Smith dated 6/17/18 reads, ‘Getting naked for me in Sweden.’ We talk more about the GOP Civil War on our podcast live at 8pm ET: https://t.co/XP10780RjC pic.twitter.com/gowpSLXLm8

“The committee is requested to investigate whether any House Rules or statutes were violated by the relationship between Rep. Cawthorn and his House employee Mr. Stephen L. Smith,” Wheeler wrote.

Gayety could not confirm the validity of the Venmo screenshots or the video.