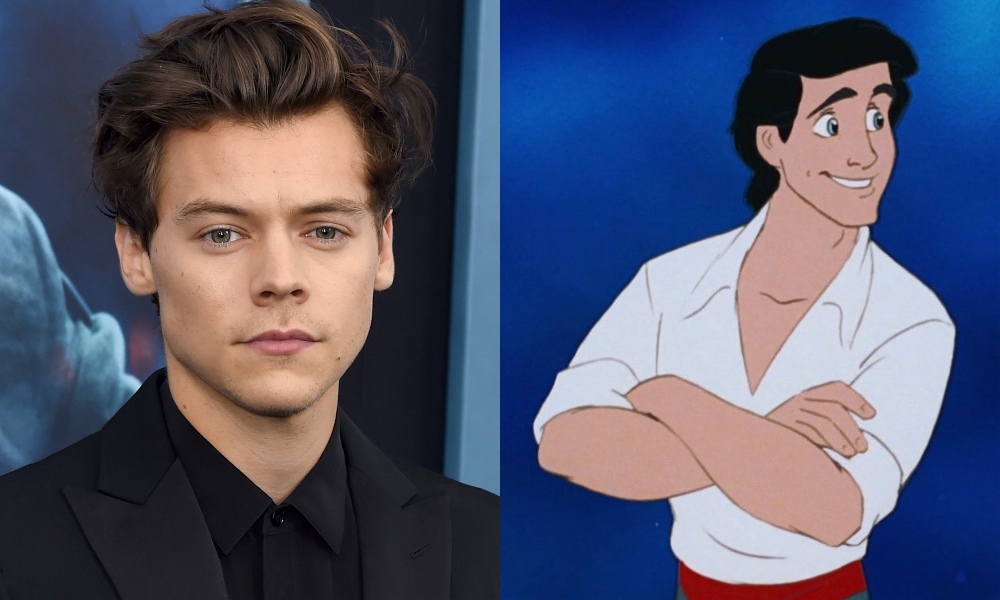 Casting news clearly travels fastest when a member of One Direction is part of the story. That’s what ensued on Tuesday afternoon when rumors swirled that Harry Styles had officially been cast to play Prince Eric opposite Halle Bailey’s Ariel in the highly-anticipated, live-action reboot of The Little Mermaid. After just a few tweets, which have since been deleted, Prince Eric started trending on Twitter.

On Tuesday, Popular theater chains AMC and Regal tweeted photos of Harry Styles claiming Disney had confirmed the musician to play Prince Eric in The Little Mermaid. The tweets were almost immediately deleted, but that didn’t stop the fandom from collectively going bonkers.

Here are the now-deleted tweets:

As of late Tuesday afternoon, Disney has not confirmed that Styles has been cast as Prince Eric in The Little Mermaid. At least, not yet. Something is obviously going down, so it wouldn’t be surprising if an official announcement from Disney surfaced soon.

For now, the cast of The Little Mermaid includes Halle Bailey, Awkwafina, Jacob Tremblay, and Javier Bardem. Melissa McCarthy had reportedly been cast as the wicked Ursula with Rob Marshall in the director’s chair.

UPDATE: Since reporting on this story, The Wrap reported that Styles has actually turned down the role. Still, there has been no official comment from Disney or Styles’ team.