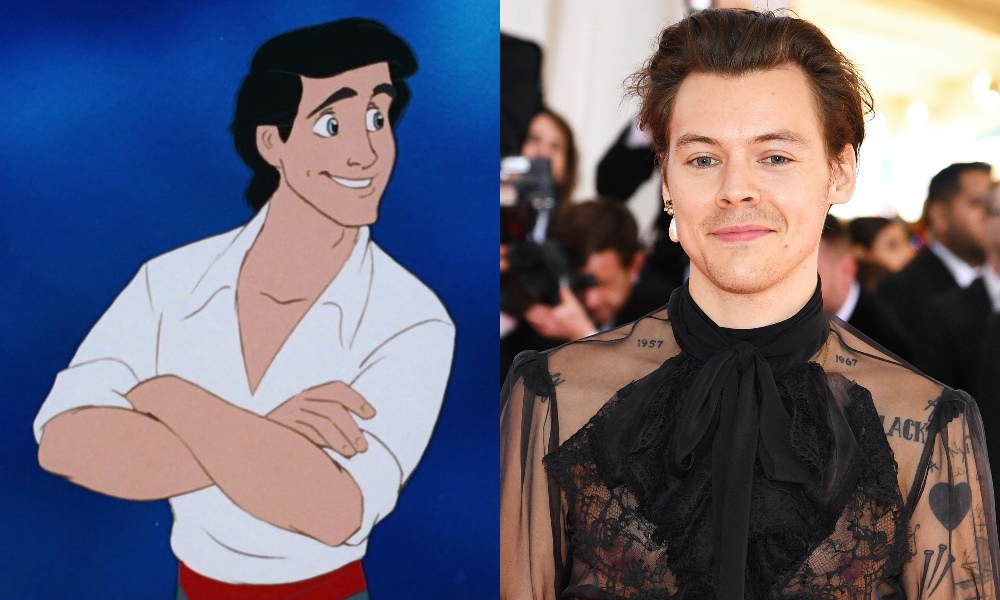 Harry Styles may be headed fathoms below for the role of Eric in the live-action adaptation of The Little Mermaid.

The singer-turned-actor is in early discussions to play the iconic role of Prince Eric in the Disney‘s live-action reboot of The Little Mermaid.

The Little Mermaid, which is set to be directed by Rob Marshall, is in full-fledged casting mode. The movie recently found its Ariel with singer Halle Bailey of Chloe x Halle fame. Melissa McCarthy, Jacob Tremblay, and Awkwafina are also in talks to be part of the film’s world.

In case you’ve been living under a rock, Eric is the human prince who catches Ariel’s eye. The mermaid rescues the prince from drowning and then agrees with the sea witch, Ursula, to trade her voice for legs for a chance to make him fall in love with her. He is critical in the final battle against Ursula.

The casting of Styles and Bailey display the studio’s plan of making the music a focal point of the remake. The character of Eric didn’t sing in the 1989 animated classic. However, that was amended in the 2000s Broadway musical, with Eric performing several numbers, including two solos.

The original film won best original song and score Oscars for Alan Menken. For the new telling of the fairy tale, Menken will modernize his score and create a new tune with lyrics from Lin-Manuel Miranda.

Production on the film is set to begin in early 2020.