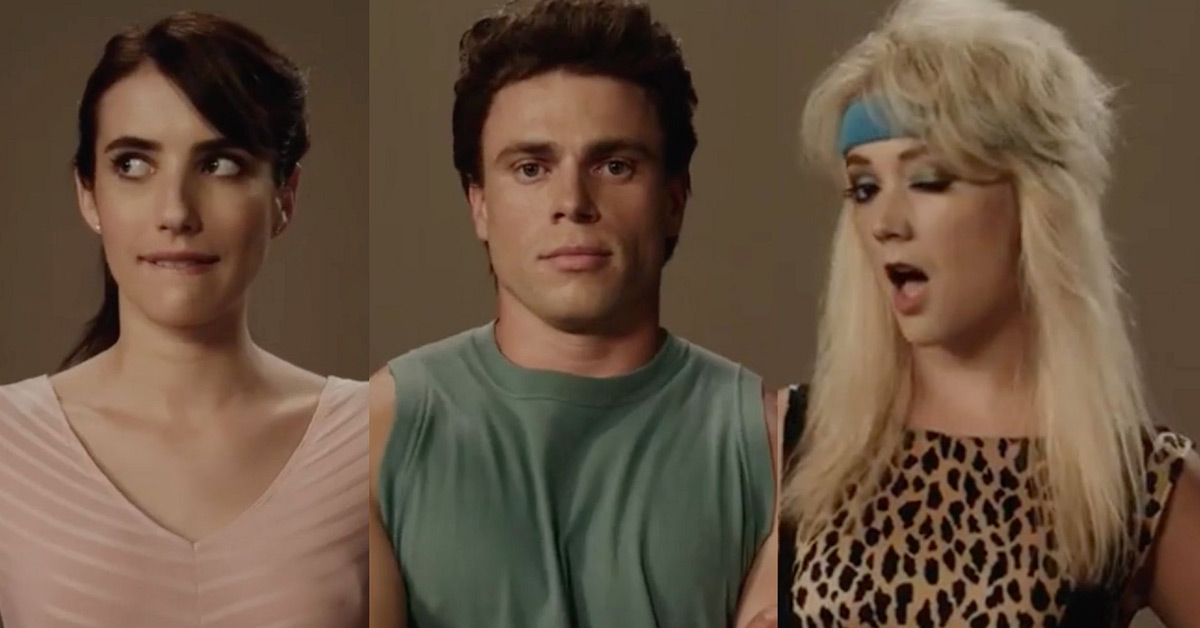 1984, the ninth season of the critically-acclaimed horror anthology series, American Horror Story, is set at a summer camp in the 1980s. Fans of the show have been waiting patiently for this theme to be explored as it’s quite popular within the horror genre.

Set to Dan Hartman’s 1984 hit “I Can Dream About You,” the teaser clip is already gaining loads of attention on social media.

Earlier this year, American Horror Story veteran Evan Peters announced that he wasn’t returning to the series for its ninth season. Peters has starred in the horror anthology series since 2011. He initially told GQ that he wanted to take a “sabbatical” to focus on other projects because the production had taken a toll on his mental health.

“I’m goofy, I’m silly, I like to have fun. I don’t like to yell and scream. I actually hate it. I think it’s disgusting and really awful, and it’s been a challenge for me. Horror Story sort of demanded that of me,” he stated.

“It’s been all a massive stretch for me and really difficult to do. It’s hurting my soul and Evan as a person. “There’s this massive amount of rage that’s been called upon from me, and the emotional stuff that’s been called on me for Pose has been heartbreaking, and I’m sick. I don’t feel good.”

It was later reported that Sarah Paulson will also sit this season out.

The highly-anticipated follow-up to Apocalypse will premiere on FX on 18 September.

To celebrate the first day of filming the NINTH Season of AMERICAN HORROR STORY, here’s the official 1984 cast announcement along with some amazing 80s lewks. Enjoy!