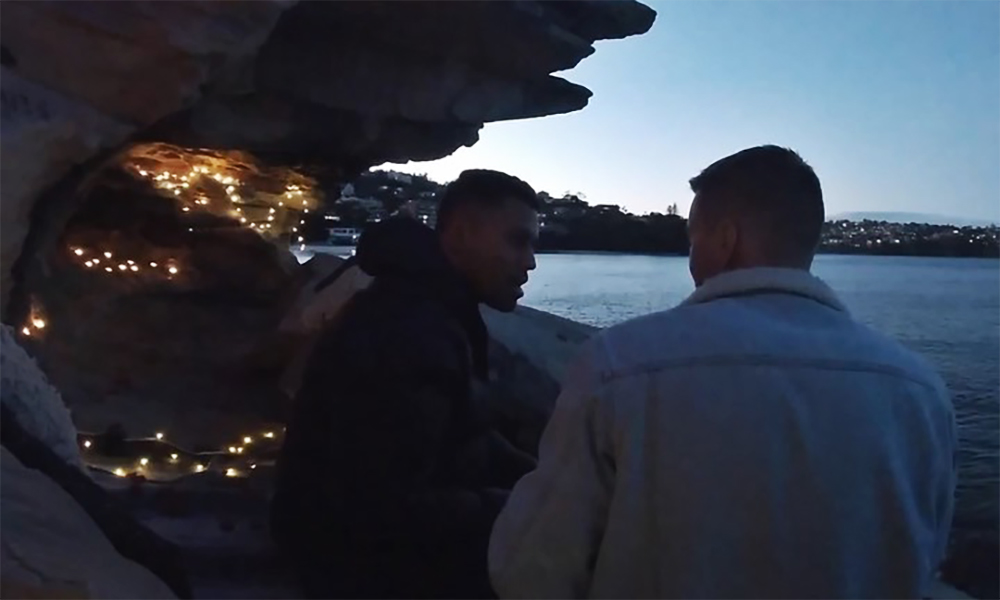 His boyfriend planned the most adorable proposal ever, and now we’re jealous.

Naisa Lasalosi, a well-known musician who performed on the Australian version of The X Factor, made an adorable proposal video and is going viral. Lasalosi’s now fiancé, Adam Price, filmed his proposal to Lasalosi, and the two-minute clip is gaining a ton of attention.

The viral video is well deserved; Lasalosi’s husband-to-be created one of the most romantic proposals ever captured. While holding the camera, he led Naisa to a private lagoon encircled by rocks at Rocky Point in Sydney.

At the cove, Price had already decorated a blanket with rose petals and candles, accompanied by wine and light bites. An astounded Lasalosi made himself comfy, and after a few moments, Price popped the question.

Of course, Lasalosi said “yes”. Who could turn down such an adorable proposal? Along with the clip of the whole thing, Lasalosi confirmed he accepted the proposal. When we originally published this story, the tweet had already garnered more than 52,000 Likes and it’s been watched more than one million times.

Lasalosi reposted the video on on Instagram writing, “Yes! And yes again x1000000. I love you A. I love everything about you. My heart leaps! Happy is an understatement. Cheers to forever catching the sun and sleeping under stars together.”

💍Yes! And yes again x1000000. I love you A. I love everything about you. My heart leaps! Happy is an understatement. Cheers to forever catching the sun and sleeping under stars together @adam.price02 ❤️I love you again and again👬 #engaged @six60

Congratulations to the happy husbands-to-be!