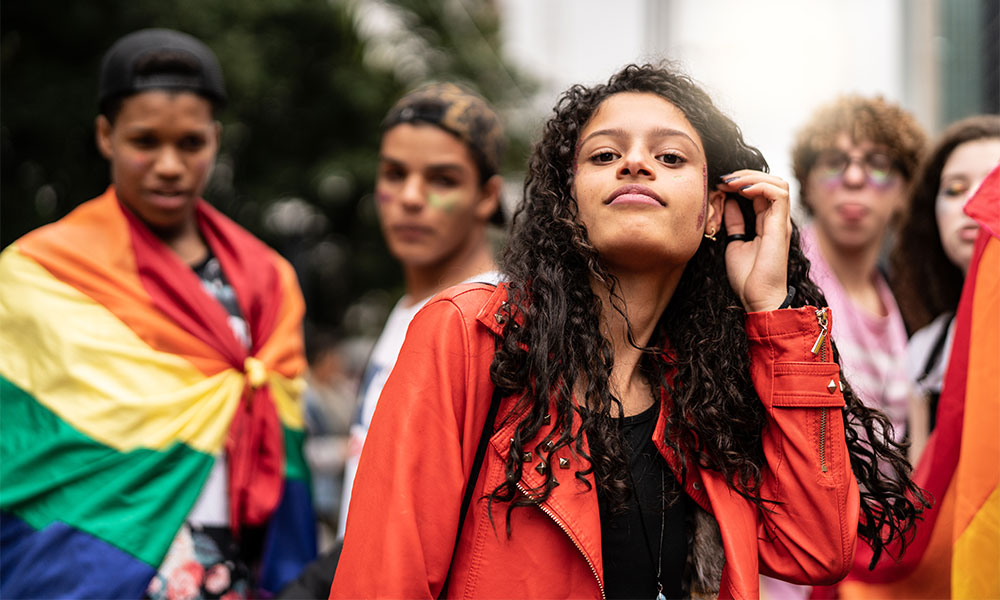 Tumblr’s new rules will likely shut down much of the LGBTQ youth activity.

As of Dec. 17, Tumblr will no longer allow “adult content,” defined as that which shows “real-life human genitals or female-presenting nipples, and any content — including photos, videos, GIFs and illustrations — that depicts sex acts.”

This update follows the removal of Tumblr’s app from Apple’s app store after child pornography was found on the platform. However, it also reflects broader changes following Verizon’s acquisition of Yahoo, Tumblr’s parent company.

Katrin Tiidenberg, a researcher who has studied self-expression on Tumblr, conjectures that this change may have more to do with advertising sales than protecting users. Regardless of Tumblr’s motives, this update will seriously affect LGBTQ (lesbian, gay, bisexual, transgender and queer) youth who rely on Tumblr and its communities for self-discovery and support. 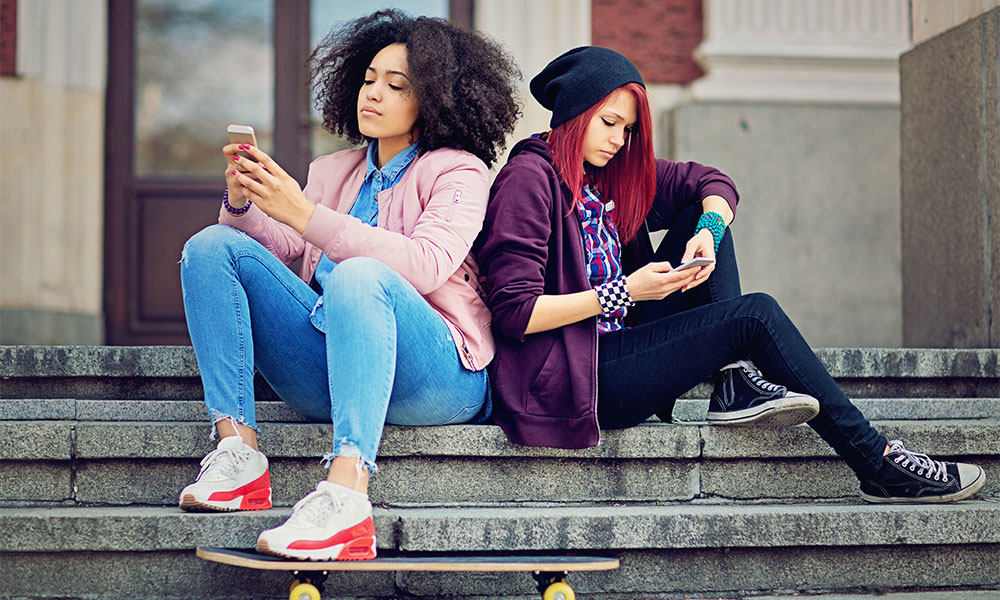 Since LGBTQ identities have often been stigmatized, the internet has been pivotal in helping those with diverse gender and sexual identities learn about themselves and find each other. Tumblr has provided a safe space for this through many of its key features (e.g. pseudonymous accounts, reblogging) and the communities it attracts.

Given this, it’s not surprising that a large Australian survey found LGBTQ youth use Tumblr much more frequently than the rest of the population. Many respondents indicated content on Tumblr broadened their understanding of sexuality and gender and facilitated self-acceptance.

Researcher Tim Highfield and I have explored how sharing queer GIFs – short, looping media — not only allows LGBTQ youth to engage in Tumblr’s fan communities but also playfully displays queer culture en masse. This broad representation of LGBTQ identities may dissuade homophobic harassment, as some of the queer women I’ve interviewed perceive less discrimination on Tumblr. 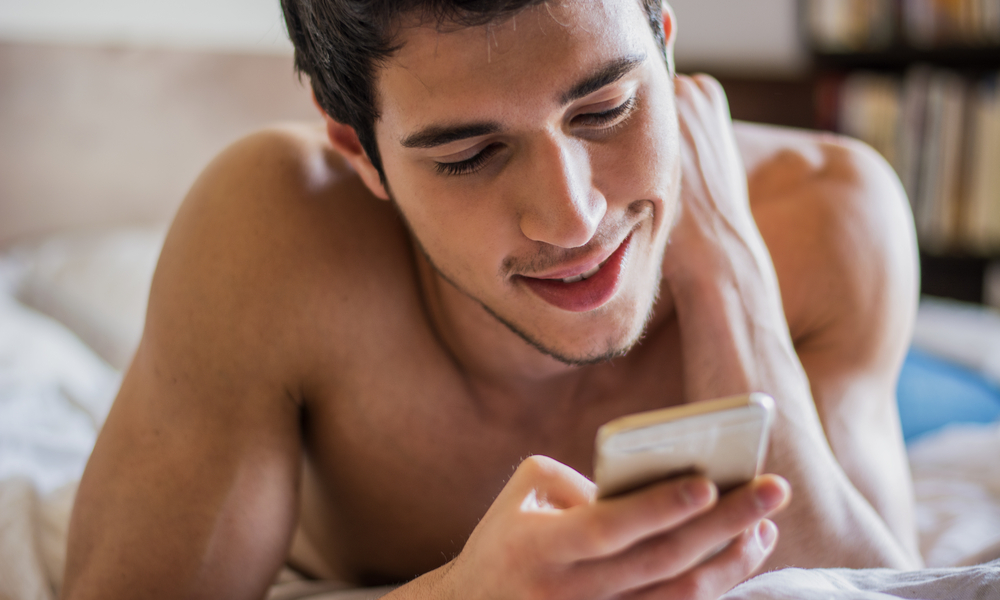 Not all LGBTQ content contains genitals, “female-presenting nipples” or sex acts, but not all content with these elements constitutes what we would generally think of as pornography. Much of the sexualized content circulated among LGBTQ Tumblr users make available depictions of sexuality that are frequently rendered invisible or marginalized.

These can take the form of fan art, remixed film clips of sensual embraces and selfies. This media allows LGBTQ people to see themselves as sexual beings — something that is particularly important for young people developing a sense of sexual and gender identity.

Related | Why Disabled LGBT Youth Face a Battle for Respect

Even if you disagree with teenagers accessing this type of content, Tumblr’s new policy bans it for everyone regardless of age. Formerly, users could voluntarily mark their blogs as “NSFW” (Not Safe for Work) if they posted occasional nudity and “adult” if posting substantial nudity. This provided a sort of checkpoint to hinder younger users in accessing this content.

Now even adults won’t be able to access “adult content.” This means that young people over 18, who may be facing formative life changes, like starting post-secondary education or moving away from home, won’t have access to media that may help them learn about their identity and feel supported while doing so.

Strict content moderation policies tend to have negative outcomes for already marginalized users. In my research with Jean Burgess and Nicolas Suzor, we found that some queer women experienced Instagram’s content moderation as overly stringent.

Instagram asks users to report content and responds through automated mechanisms. Therefore, queer women’s content was subject to removal based on other users’ whims and the banning of certain hashtags like #lesbian. Tumblr’s new updates promise a similar mixture of user reporting and automated content detection tools.

Several scholars have begun to critically examine how platforms’ decisions shape our social and cultural norms.

In Canada, Chris Tenove, Heidi Tworek and Fenwick McKelvey have pointed out that content moderation is not standardized and lacks federal oversight. Platforms often apply content moderation categories, such as “adult content,” without transparency or accountability.

Tumblr’s CEO, Jeff D’Onofrio, said: “There are no shortage of sites on the internet that feature adult content. We will leave it to them and focus our efforts on creating the most welcoming environment possible for our community.”

It seems that with this new change, youth who want to encounter sexual content will need to relocate. While some young people may turn to pornography sites, many of these sites are not designed with diverse sexual and gender identities in mind.

Youth entering these sites may be more likely to encounter stigmatized, stereotypical and demeaning representations of women and transgender people. Even LGBTQ-friendly pornography sites don’t have the elaborate community networks unique to Tumblr.

Such communities help youth to make sense of sexual content in relation to who they are becoming as they grow up. Tumblr’s decision means LGBTQ youth will have one less outlet where they can learn about sexual identity and gain support from peers who are like them and sharing content for them.

Stefanie Duguay is an Assistant Professor at Concordia University.