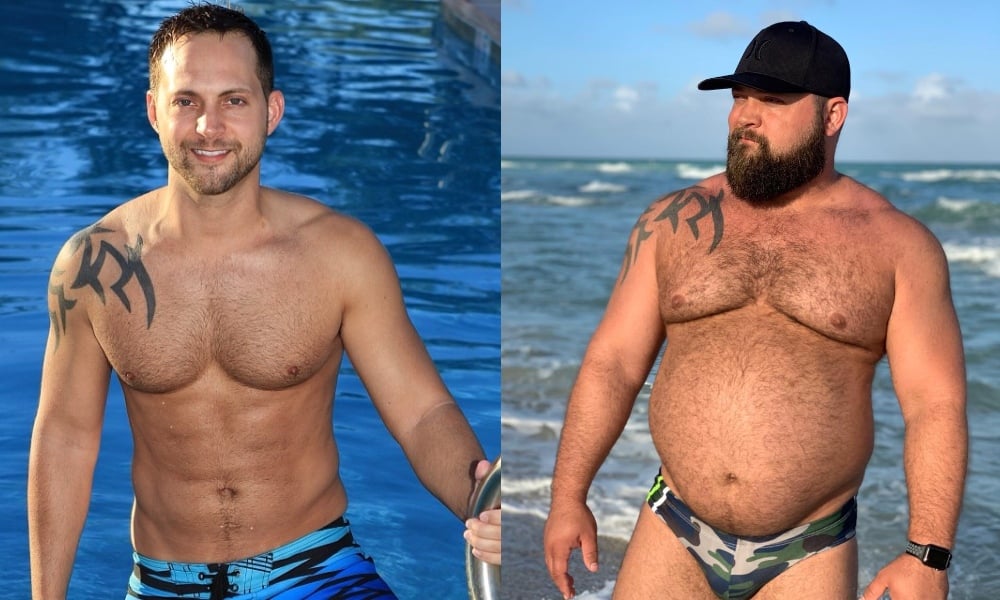 Gay Man Transforms From Jock to Bear in 5 Years

While many of us count calories and track our diets to lose weight, Dusty Fuller set out with different fitness goals. The openly gay business analyst has gone moderately viral after sharing a before and after photo highlighting his journey. In one photo, Fuller looks like what many would consider a jock, and in the other image, he’s a full-on bear.

Fuller, who goes by Cubby on most social media, intentionally packed on more than 100 pounds over five years.

In an interview with GayStarNews he explained his process:

“My weight gain was on purpose. I used to strive to be a huge muscled dude with abs. I started lifting weights in 2012 and worked hard at lifting and counting calories and macros for a few years. However, I just wasn’t increasing my size like I wanted to. I had always been envious of beefier muscled bears, so in 2015 I decided to go that route to increase my size … I wanted to become a bear.”

Fuller does weightlifting four days a week and takes in between 4,000-5,000 calories per day to maintain. He said he checks in with his doctors to make sure his weight doesn’t affect his health.

“My health takes priority over my weight and size,” he continued.

For more from Fuller, scroll through some of his Instagram photos below!

Gay Man Transforms From Jock to Bear in 5 Years