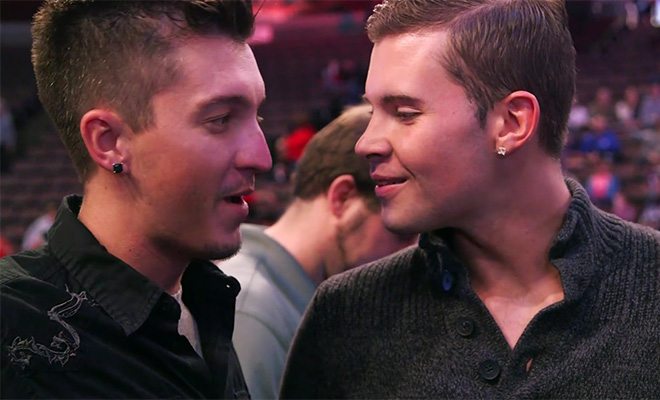 In an interview with The Wall Street Journal (WSJ), boyfriends Dewey Lainhart and Cody Moore expressed their unapologetic support for Republican nominee Donald Trump. The WSJ interviewed the young couple at a Trump rally in Ohio, and the reaction from the LGBT community was immediate and intense.

After the video had gone viral, people referred to them as uneducated, rednecks and “traitors to the gay community.” Some viewers intensified their feedback and accused Lainhart and Moore of being equivalent to “Jews who support Hitler” who deserve “two bricks directly into their faces.”

Related: Hillary Clinton Gets Thumbs up From HRC

Lainhart and Moore say the spirited comments have evolved into threats; they’ve been warned to stay in their house and advised to steer clear of gay bars and clubs.

Heightened emotions are common during election years, and many people reject the views of those whose political opinions diverge from their beliefs.

The young couple told reporter Jason Bellini that the extreme backlash depressed their excitement around the election, but they’re proud of the interview. In response to the abundance of death threats, they warn haters they’re locked and loaded.

“It doesn’t concern me,” said Lainhart. “I look over my back, and I do carry [a gun]…because I love the Second Amendment.”

Although some queer people choose to support a campaign that encourages bigotry, most LGBT voters support Hillary Clinton. According to the results of an NBC News/SurveyMonkey Weekly Election Tracking Poll, 72 percent of registered LGBT voters support Clinton, while only 20 percent show support for Trump.