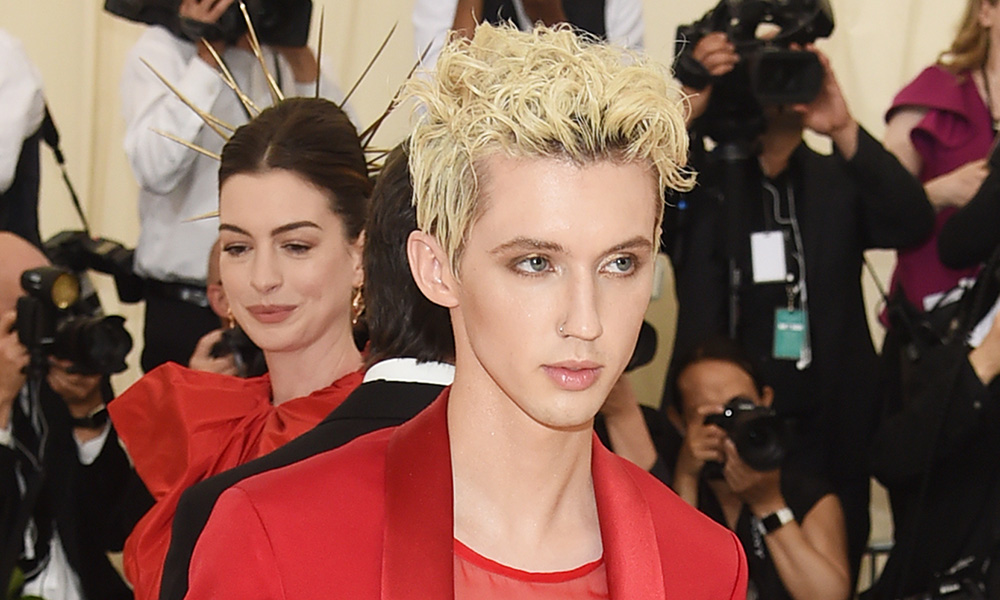 For many stars, the Met Gala is the perfect place to let extravagant style take over for a hot trot down the red carpet. This year’s Met Gala ushered in some memorable looks. From Rihanna’s shimmering supreme pontiff ensemble to Katy Perry’s big ass angel wings, it was a night to remember.

Related | Troye Sivan’s Bop About Bottoming Is Topping the Charts

One of our favorite outfits of the evening was Sivan’s scarlet Valentino suit, which featured studded black shoes and a super sexy see-through mesh shirt. Sivan’s trademark tasseled curls and a smokey eye finished his sexy look. 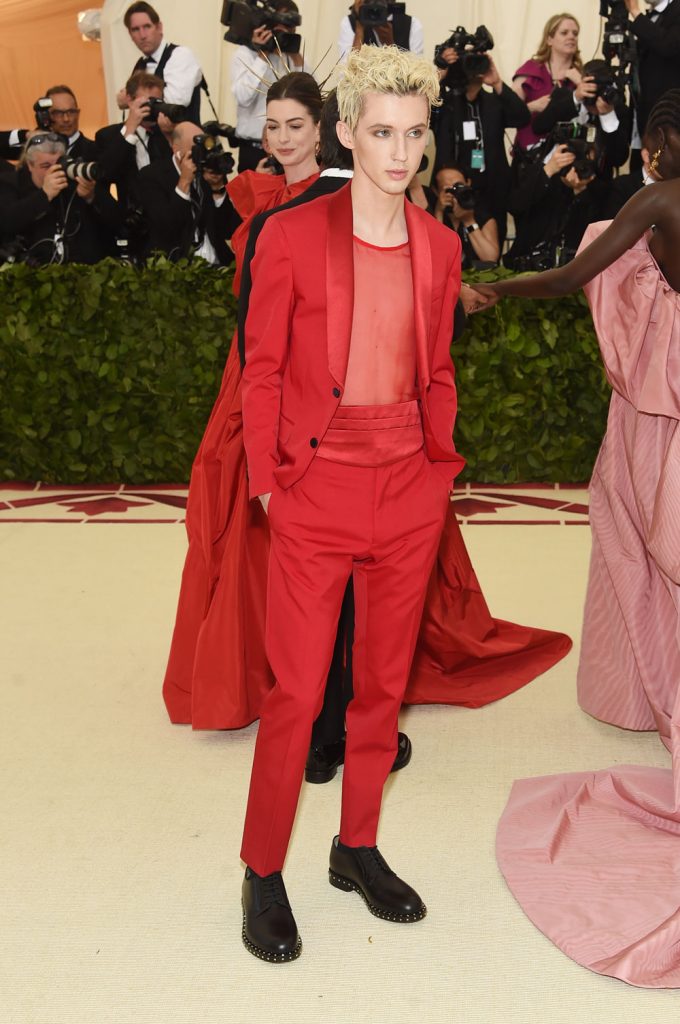