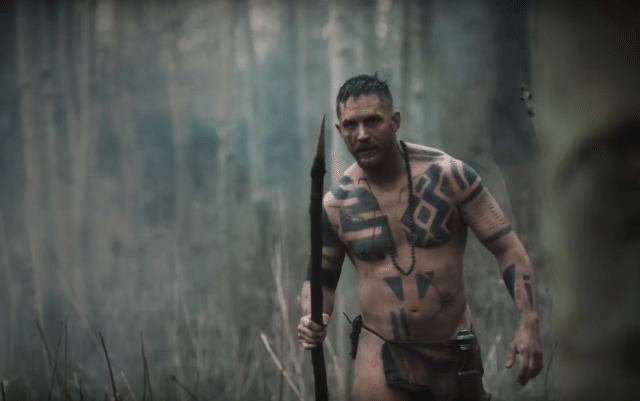 Remember when Tom Hardy was spotted naked on set? Well, the show he was filming (Taboo) just got its first trailer — and we’re hooked!

Set in 1814, Hardy plays James Keziah Delaney, a man presumed dead, now back to claim his father’s shipping empire, all the while going toe-to-toe the East India Trading Company and other shadowy evils. The clips we see in the trailer show Hardy sporting all sorts of interesting fashion choices, from top hat to loincloth. And those tattoos? Get it, Tom!

Tune in to Taboo on FX when it airs later this year.

In the meantime, check out the trailer and let us know what you think.