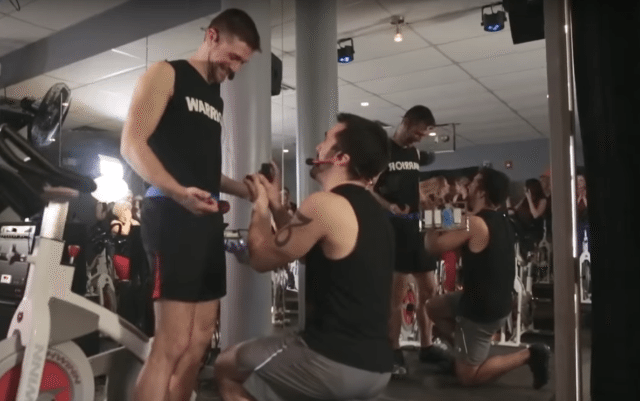 He spun his way right into his heart!

When Adam decided to propose to his boyfriend, and fellow cycling instructor, Jared, there really was only one option: Flash mob! But this proposal wasn’t just any old flash mob — it was a flash mob on bikes! Well, the stationary ones, at least. In typical flash-mob-proposal fashion, a catchy pop tune is playing and the entire spin class is in on the surprise (and the choreography).

It’s heartwarming to see Adam’s family participate, and watching Jared tear up (and Adam choke out the Big Question) is almost too much for our little gay hearts to bear. #TeamJadam for life!

How do you think this proposal ranks against other proposal videos you’ve seen?