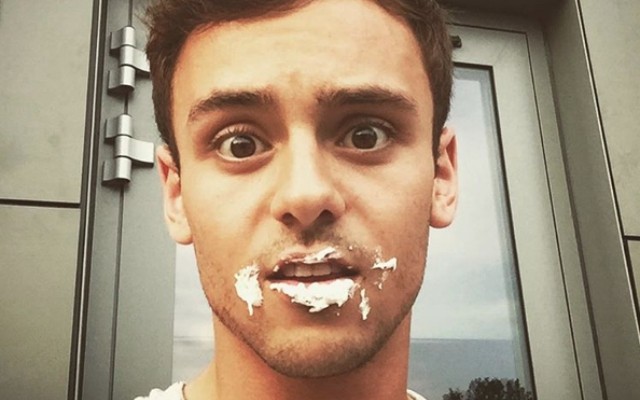 Tom Daley appeared on BBC Radio One for the Scott Mills’ show, and gave one of the best quotes of his career. During the interview, Daley played a game of innuendo bingo and revealed some of his … needs. The most memorable was Daley’s need for more “explosive power in his mouth.” Judging by his new calendar, that goal is definitely achievable.

And, if that response wasn’t fun enough for you, he also joked about having “three guys inside him.” That sounds like feat of athleticism, but he’s a flexible guy so he could probably accommodate two fairly easily.

The best moment of the interview involves guys soaking Daley through his shirt. We’ve all seen the Olympic diver shirtless before, and he’s still as sexy as ever. Watch the video below and share if you think Daley is adorable.