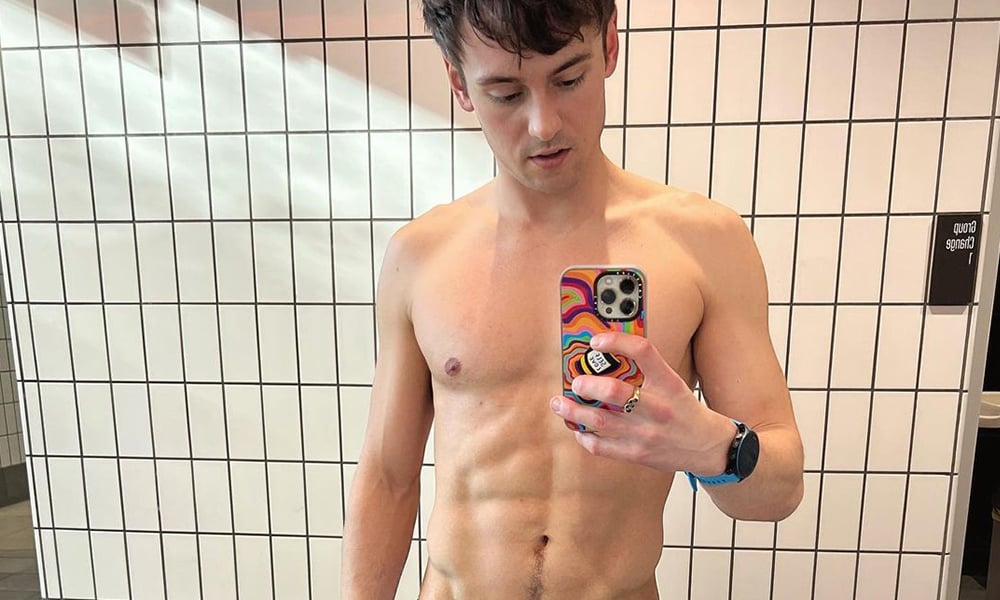 Tom Daley Just Found Out What a Twunk Is

Tom Daley is a twunk… and that’s news to him.

The Olympic gold medalist is the cover star of The Advocates’ May/June 2022 issue. He was speaking to Pride Today host Stephen Walker in New York City and showing off his magazine cover. Walker took to Instagram to post with Daley about their chat, saying, “Be sure to catch this lovely young man in this issue of The Advocate.” The two agreed that Tom Daley is a ‘twunk,’ but not for the reason you might expect.

“Not so young, I’m gonna be 28 on Saturday,” Daley replied before asking, “What does that make me? Some twunk? Is that the past tense of twink?”

What is a Twunk?

If you’re like Daley and don’t know what a twunk is, it’s a mashup between “twink” and “hunk.” Usually, a twunk refers to a gay man who is bigger than a twink but not as big as a hunk.

Daley is the perfect example of a twunk. He has a lean yet very muscular body thanks to his hard work and years of dedication to the diving board. Daley has four Olympic medals and even became the youngest person to win a gold medal at the European Championship in 2008.

While he’s an accomplished athlete, he says his biggest accomplishment is his family. Daley first came out in 2013, has been married to his husband Dustin Lance Black since 2017, and they welcomed their son Robbie shortly after. “The best part is just that love that you feel and that love that they give to you and…[how] they just melt your heart in every single way,” Daley explained. “It helps put things into perspective of what really matters most.”

Tom Daley Just Found Out What a Twunk Is