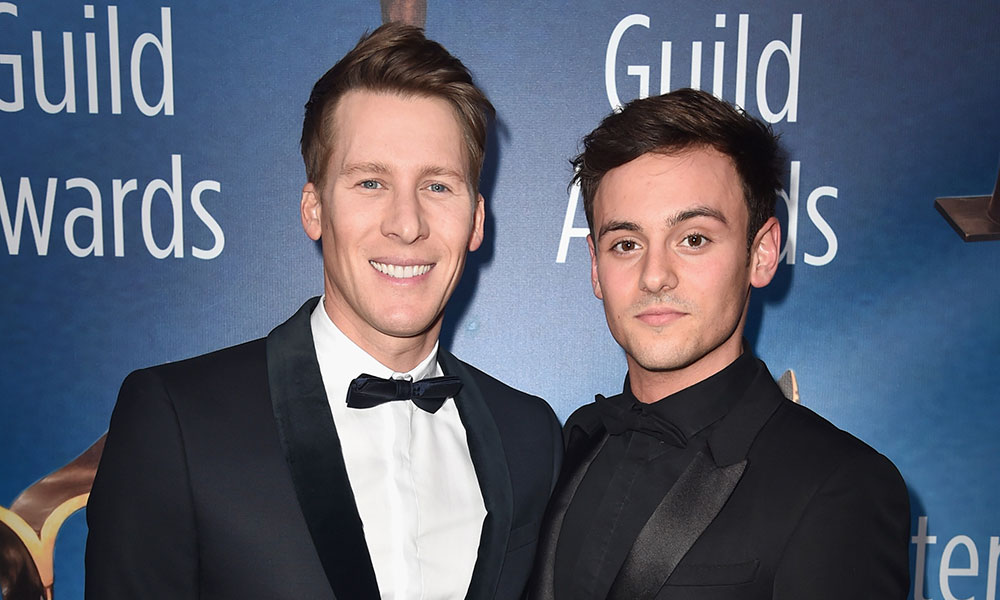 The couple, who started dating in 2013 and married in 2017, made their joyful announcement on their social media pages Wednesday. Daley and Black posted photos that showed them hugging while holding an ultrasound snap.

“A very happy #ValentinesDay from ours to yours,” wrote Black, 43, on Twitter.

A very happy #ValentinesDay from ours to yours. 👨‍👨‍👦❤️ pic.twitter.com/6ugN3Ho6y3

Their joyous announcement comes after Daley, a 2012 and 2016 Olympic bronze medalist diver, and husband Black, who won a Best Original Screenplay Oscar for Milk, told OUT about their desire to have children.

“We were so busy making all these plans — we both wanted to have children; we both wanted to build a home of our own someday,” Black told the magazine. “I draw, so I was sketching little plans for houses on cliffs overlooking oceans, while Tom watched over my shoulder — it was a very grown-up version of playing house.”

“Marriage is the foundation to all of these other big plans we have. So we knew we were going to get engaged — it was just a matter of when, and who does it,” he continued.

In October 2015, Daley and Black announced their engagement in the Births, Deaths and Marriages column of London newspaper The Times. They wed at Bovey Castle in Devon, England, about 30 miles outside of Daley’s hometown of Plymouth.

The husbands, who have lived in London since 2014, told OUT that it was “love at first sight”.

In late 2013, Daley came out as bisexual in a YouTube video and then announced he was in a relationship with a man (Black).

“Come spring this year, my life changed massively when I met someone and it made me feel so happy, so safe … That someone is a guy,” he said in the video.