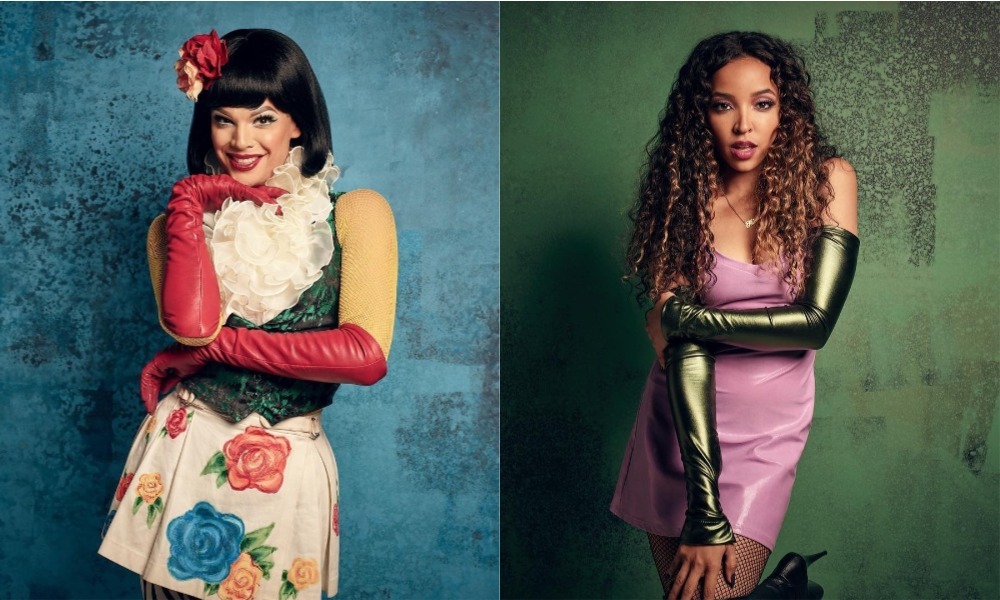 RENT: Live, a musical spectacular based on Jonathan Larson’s timeless LGBTQ-themed musical, airs this Sunday (Jan. 27), and “RENT Heads” are beyond excited.

The world renowned 1995 musical highlights the lives of several queer characters living in New York City. Its storyline focuses predominately on drug use, classism, and living with HIV.

Although the upcoming special was adapted for television, the show’s producers stayed true to the darkness of the original Broadway production. During a press junket in Los Angeles, Tinashe, who plays Mimi, elaborated on how happy she is with the authenticity of the production notwithstanding its mainstream distribution.

“I’m very pleased with how risqué they’ve allowed us to be. It still has a lot of the topics that are not necessarily children topics, but I think it’s important because they’re very relevant and we deal with them in a beautiful, awesome, fun, exciting way,” Tinashe said. “I don’t think it’s bad or dark at all, even though it feels kind of dark!”

Making her debut as Angel Dumott Schunard, RuPaul’s Drag Race star Valentina offered relentless energy and commitment to bringing their character to life. Valentina, who identifies as nonbinary, followed up Tinashe’s enthusiasm saying, “I do take the responsibility of being a gay nonbinary drag queen person taking on a really important iconic role like Angel, and I hope [audiences] tune in for it.”