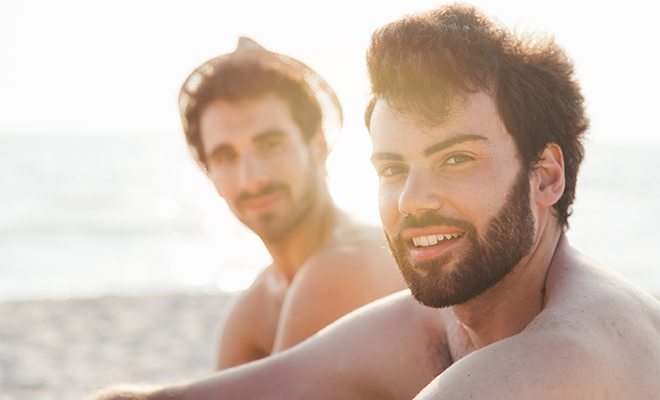 I’d be lying if I said I hadn’t dreamt of living in a world where LGBTQ people were the majority. Imagine how much easier life would be? There would probably be no wars, except for the occasional grass vs. sod dispute, and everything would be a little cleaner. Fortunately, an activist is trying to make that dream a reality.

Viktor Zimmerman, executive officer of the Gay Homeland Foundation, a separatist organization, is trying to find a giant slice of land big enough to be called a country and have it only be inhabited by LGBTQ people. But gaytopia isn’t a vacation spot; it’s will be an all-gay state — meaning a real country with laws, regulations, a flag, the whole nine yards.

The Gay Homeland Foundation believes this is a natural move, seeing as the vast majority of the world is straight — why shouldn’t we marginalize? Zimmerman thinks g people need a cultural and political center where we can “develop new, better ways of gay living that’s more suited to our nature,” as discussed in an interview with Vice.

“There would be no more cultural oppression from the hetero,” Zimmerman explained, “A gay city-state would also become a safe haven for millions of gay people. Many gay people on this planet live in dangerous circumstances; their physical security is threatened on a daily basis, their jobs are insecure, and their families threaten them or try to force-marry them. Due to strict immigration restrictions, these people simply cannot relocate to another country. A gay country would be a very good option for these gay folks.”

The organization’s goal is to establish a free, independent and democratic gay state. Zimmerman believes having a few gay bars, bookstores and an annual pride parade in your city isn’t enough. While nice to have, he says the “six percent minority population” are being dispersed in an unaccommodating cultural environment.

Life is an adventure so choose a good partner. ?

Not to mention, when LGBT live in a country ruled mainly by straight people, in a sense, they’re throwing themselves at their mercy:

“Human rights can be taken away as easily as they were granted,” Zimmerman added to Vice. “All the progress in gay rights that has been achieved has only taken place in the context of liberal democracies, and it has been a very difficult process that is still unfinished. We need a place where gay people can move to from hostile countries.”

When asked about the location of the Gayland Zimmerman says it would have to be a place that’s cheap, habitable and in a warm climate by the seaside, where a larger country might play “host” and recognize it as their territory, while still allowing it to control its laws and practices.

“Legally, the foundation of the gay state is viable,” Zimmerman said. “There have been precedents for the establishment of new states via treaties, such as the creation of the Vatican state, and there have been multiple legal precedents for the peaceful acquisition of land. We are confident that one day gay people will have territorial control over a sovereign territory.”