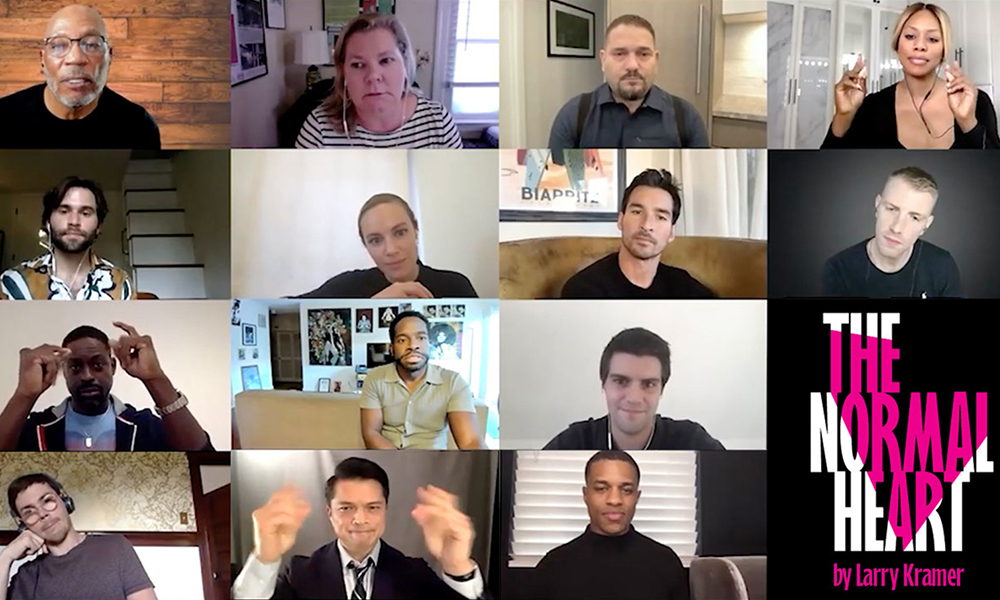 The Normal Heart To Have Historic Final Reading

ONE Archives Foundation is gearing up for a final encore presentation of the historic reading of Larry Kramer’s The Normal Heart!

This historic reading of The Normal Heart will stream worldwide on December 4th, World AIDS Day, raising awareness of those living with HIV.

It features a star-studded cast, including Sterling K. Brown (This Is Us), Laverne Cox (Orange Is The New Black), Jeremy Pope (Choir Boy), and several others. They are doing a Q&A with Emmy Award-winning director Paris Barclay following the presentation.

Last spring’s reading was the first time BIPOC and LGBTQ actors were cast in the forefront of the play since its creation in 1985.

In a statement, Barclay explained why ONE Archives Foundation decided to re-stream the powerful event. “We all felt it was important to re-stream the historic reading to bring more awareness not just to World AIDS Day, but to the message of The Normal Heart — Larry Kramer’s landmark play — which feels even more relevant today,” he said.

The Normal Heart, set in the 80s, showcases what it was like during the rise of the HIV/AIDS crisis in New York City. Since its creation, the Royal National Theatre of Great Britain named it one of the 100 Greatest Plays of the Twentieth Century. Ryan Murphy also adapted the play into an Emmy Award-winning film.

The show will be live-streamed at noon PT and again at 5 o’clock PT on December 4th. Prices range between $20 – $100, but student tickets are available for $10. The proceeds will go towards ONE Archives Foundation’s LGBTQ initiatives. Those who are interested can purchase tickets here.

The Normal Heart To Have Historic Final Reading