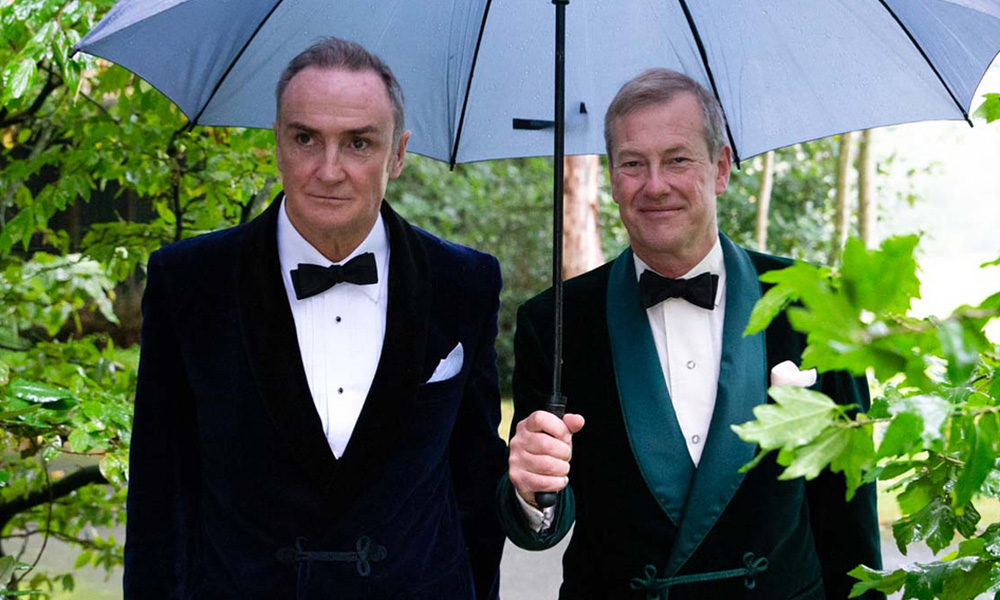 Lord Ivar Mountbatten: “It was an amazing day despite the miserable British weather.”

Lord Mountbatten was given away by his ex-wife Lady Penny Mountbatten. The former couple divorced in 2011 after 17 years of marriage. Lord Mountbatten came out publicly in 2016 after meeting Coyle at a ski resort in 2014. Apparently, he came out as bisexual to his then-wife, Lady Mountbatten, before they married in 1994.

“Being a Mountbatten was never the problem,” he said of his journey to accepting his bisexuality. “It was the generation into which I was born.”

Well we did it finally! It was an amazing day despite the miserable British weather. Fabulous service conducted by Trish Harrogate, chief Registrar for Devon, who set the perfect but lighthearted tone for what is a serious occasion. The accompanying gospel choir were amazing. Thank you so much to Bristol’s Teachers Rock Choir for your superb singing. Most importantly a massive thanks to my 3 gorgeous girls for being so understanding and supportive, without their support this could never have happened! And finally the biggest thank you to James for being just perfect……#wedidit #wonderfulday #despitetherain

“When I was growing up, it was known as ‘the love that dare not speak its name’, but what’s amazing now is how far we have all come in terms of acceptance.”
Although no members of the British Royal Family attended, some, including Prince Edward, Earl of Wessex conveyed their congratulations.

For more on this story, head over to Attitude.