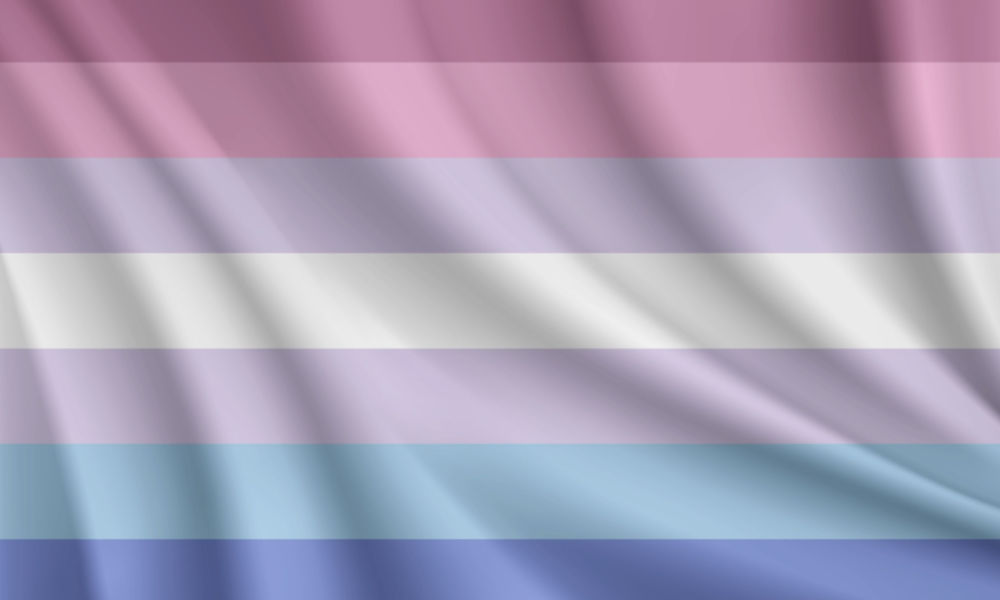 Everything You Need To Know About The Bigender Pride Flag

In a world where most people identify with just one gender, it can feel alienating and confusing to identify with multiple categories. But with the increasing popularity of non-binary labels, more and more people are identifying as genderfluid, pangender, and bigender. If you identify as a bigender, you might be happy to hear that there’s a specific Pride flag for your identity. Read on to learn more about the bigender flag, its colors, origins, and meaning.

Related | 22 Pride Flags You Should Know if You’re LGBTQ+

What Does Bigender Mean?

Bigender means “a person who can comfortably express either alternative gender role in a variety of socially acceptable environments”. The term was first recorded in the 1980s as “bigenderist” in Abstracts of a Symposium on Gender Issues for the 90s.

It overlaps with the term “androgyne”, which refers to someone whose expression isn’t strictly feminine or masculine. That said, gender expression and gender identity are two different things – someone’s appearance doesn’t always correlate with how they identify.

“Bigender” and “bisexual” both have the prefix bi- in common, with roots in the Latin word “bis”, meaning “twice” or “doubly”. Bisexuals are sexually attracted to two genders — those of the same gender and those of a different gender. Similarly, bigender people identify as two genders — typically male and female but can also include other nonbinary identities.

Gender identity and sexual attraction are two different things and do not necessarily affect each other. Bigender people are not automatically bisexuals, and not all bisexuals identify as bigender. For example, a bisexual may identify as cisgender (the gender that they were assigned at birth), just as a bigender person may be attracted to just one gender, multiple genders, or even none. 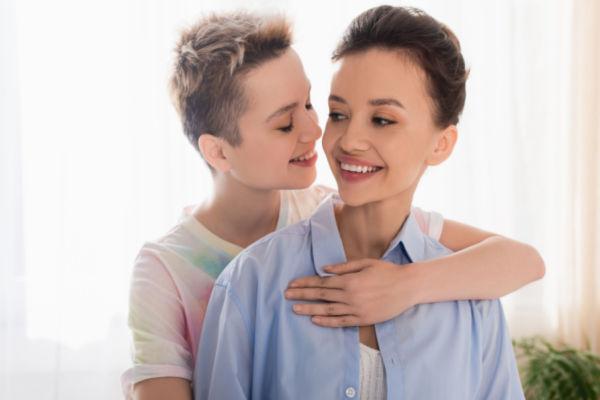 Both bigender and transgender are gender identities. They have in common that both indicate that a person does not identify with the gender they were assigned at birth. In fact, bigender falls under the transgender umbrella.

The difference between bigender and transgender as gender categories is that bigender people identify with two genders, while trans people may identify with just one. 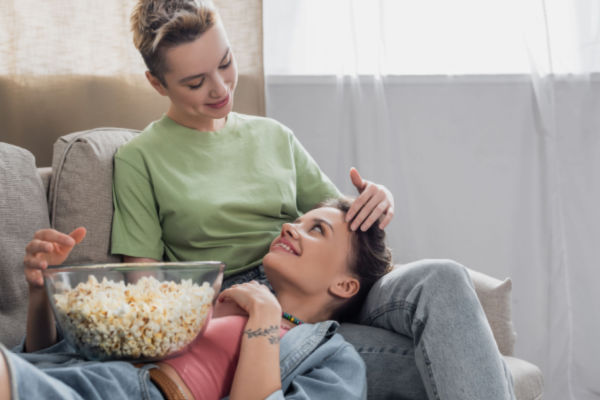 The first flag was created by a Tumblr user known as no-bucks-for-this-doe back in 2014. There are two versions of the so-called original bigender flag, meaning that, even at the very beginning, there really wasn’t a single flag.

The two versions are quite similar, with one version having a plain white stripe in the center and the other featuring a white stripe that transitions to gray. The white or white-gray stripe represents neutral genders, such as agender. 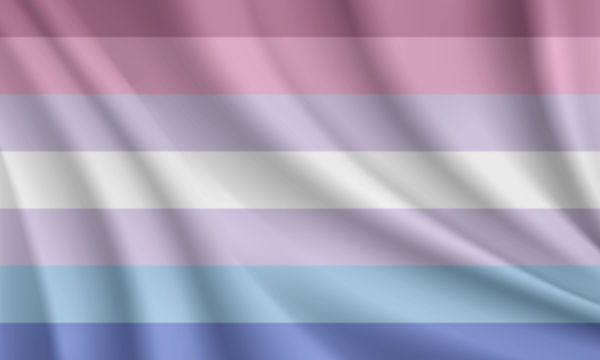 The original flag was later met with some controversy after its creator was accused of transphobia and abuse. Because of this, many have chosen to distance themselves from the original flag design, leading to the creation of alternative bigender flags.

One popular alternative is the five-color flag, consisting of pink, yellow, white, purple, and blue stripes. While it isn’t clear who created this particular flag, many bigender people feel that this is more inclusive as it includes yellow, which is associated with the intersex flag and said to represent genders beyond the male and female binary.

jungkook and the bigender flag pic.twitter.com/R0iM4FxAWf

Another bigender flag variation includes the same colors as the five-striped flag but with an additional black stripe. While there’s no given meaning for this addition, most assume that it’s meant to represent asexual and agender people. 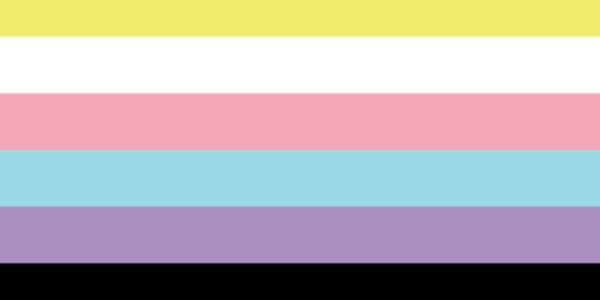 Some in the bigender community don’t feel represented by the current flags and thus design their own versions. Typically, the same colors are used with slight variations in shades and hues. These flags are very personal, often speaking directly to the experience of the person who designed them.

What Bigender Flag Will You Use?

While there is no official bigender pride flag, there are several that you can choose from. But if none of them speak to you, go ahead and design your own! After all, gender is very personal – no two people (even those who identify with the same label) experience it exactly the same way.

Related | What Is the Polysexual Flag?

Everything You Need To Know About The Bigender Pride Flag