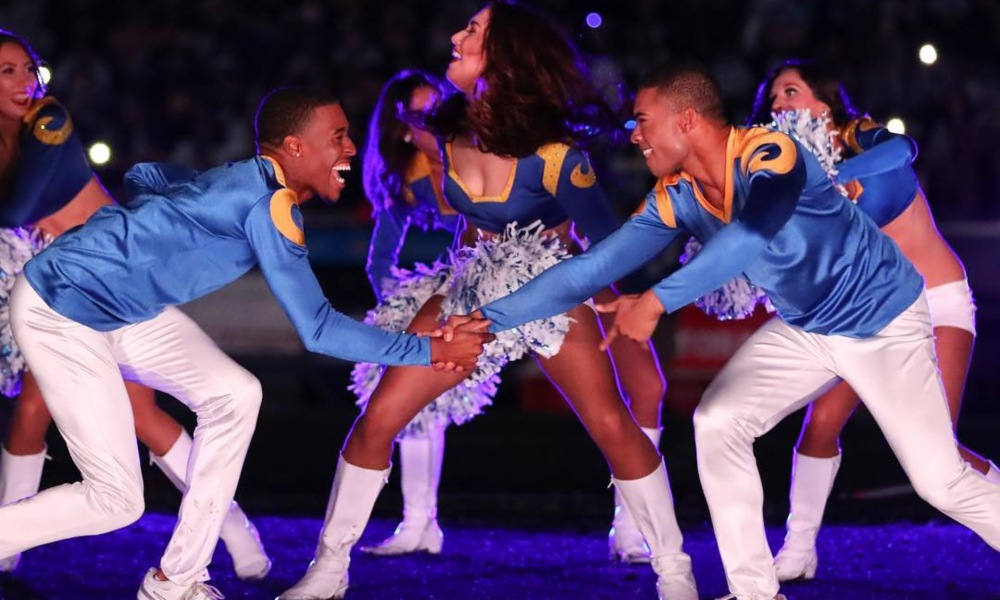 Cheerleaders Quinton Peron and Napoleon Jinnies slayed their Super Bowl routine and cemented their performance in the Big Game’s history. The duo became the first male cheerleaders to perform during the sporting event. In support of the Los Angeles Rams, the cheerleaders danced their asses off at the Mercedes-Benz Stadium in Atlanta, Georgia.

“Thank you so much for all the love and support,” Jinnies said in a video after the memorable moment, with Peron added: “You guys are the best.”

Not only were Jinnies and Peron the first men to join the Los Angeles Rams’ cheerleading team, but they also became the first male cheerleaders in the NFL when they made the official squad.

Ahead of the event, Peron said, “We are so happy to be here, the smile hasn’t left my face since we arrived. We have a lot of people in Los Angeles from different cultures and different backgrounds.”

He continued, “I think it’s really important that everyone on the team reflects that, from our boys on the field to the people on the sideline and even our cheer team.”

The Super Bowl is regularly viewed by more than 100 million people in the United States, which makes it one of the most-viewed television events of the year.