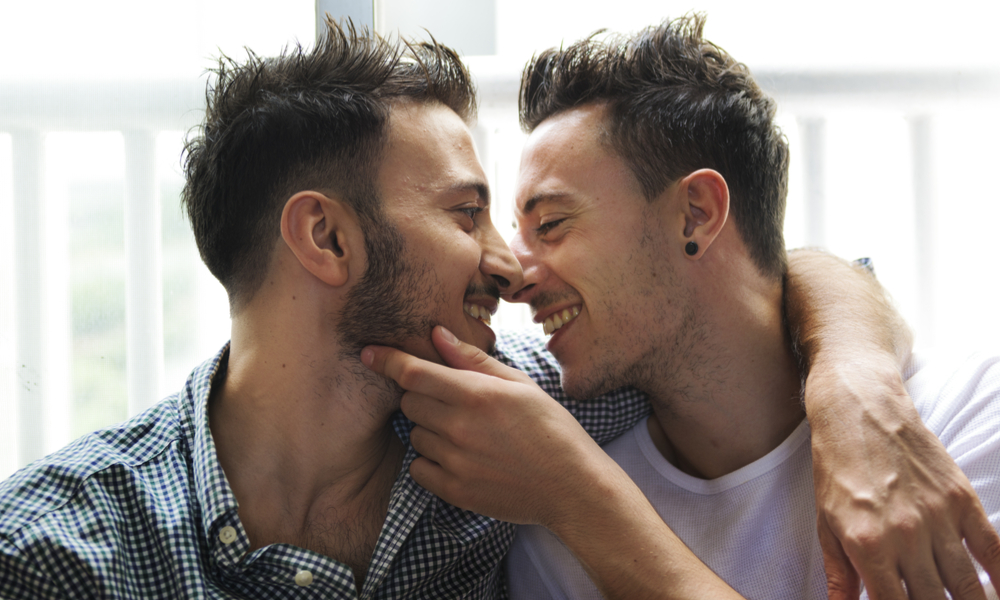 New data shows sexual boundaries are changing – but what do we really know?

The Office of National Statistics has released its latest data on sexual identities in the UK, and some striking patterns jump out – especially when it comes to bisexuality.

Women’s sexuality has historically been policed, denied and demonized in very particular ways, and for a woman to be anything other than passively heterosexual has often been considered an outright perversion. Lesbians have historically been seen as a more dangerous breed, a direct challenge to patriarchal structures, perhaps explaining why women may be more likely to self-identify as bisexual. Some research into women’s sexuality has also suggested that women take a more fluid approach to their relationships than men.

But then there’s the more general matter of how much sexual labels still matter to people – and here, the ONS findings really start to get interesting.

In a society that still tends to see the world in often false binaries – man/woman, gay/straight, white/black and so on – how can we explain such a difference?

A pessimistic view of why more young people are identifying as bisexual rather than as gay or lesbian might be that conservative, rigid and polarised understandings of what gender is still hold sway. This, in turn, might also have an impact on attitudes to sexuality, where an investment in a lesbian or gay identity may be more frowned upon than a bisexual one – which in many people’s minds still has a “friendly” relationship with heterosexuality.

And yet it’s clear that identifying as lesbian, gay or bisexual carries less stigma for the younger age group than it does for their elders.

Older generations grew up in a time where any orientation besides heterosexuality was taboo, stigmatized and often criminalized. The lesbian and gay movements of the 1970s and 1980s, inspired by the US’s Civil Rights movement, were often staunchly radical; the concept of the political lesbian, for instance, was a very prominent and powerful one. At the same time, both heterosexual and lesbian and gay communities were also marked by misunderstandings and distrust of bisexuality (in a word, biphobia).

But in the UK at least, gay and lesbian identities have lost a good deal of the political charge they once carried. Once “peripheral”, these sexual categories are well on the way to being normalized and commercialized. Many in the community remember or identify with a more radical era of political lesbianism and gay activism, and many of them are dismayed that non-heterosexuals’ current political battles for equality and recognition are often focused on gaining entry to heterosexual institutions, especially marriage.

But that doesn’t mean people have become more rigid in the ways they think about themselves. So while many in society will be the victims of homophobic and biphobic hate crime, things have improved, at least in terms of state policies.

This, alongside the now extensive reservoir of queer thought on gender and sexual fluidity, and the increasing strength of trans movements, may explain why the younger generation are taking labels such as bisexual, lesbian and gay in greater numbers than their seniors. That celebrities such as Angelina Jolie, Cara Delevigne and Anna Paquin have come out as bisexual in recent years can’t have hurt either.

The ONS survey raises empirical questions which are connected to those of identity. It specifically asked questions about sexual identity, rather than exploring the more complicated links between identity, behaviours and desires.

The category “bisexual” is also very internally diverse. Many would argue that there are many different types of bisexuality and other sexual identities which the ONS survey does not explore.

This much is made clear by the National Survey of Sexual Attitudes and Lifestyle (NATSAL), which has taken place every ten years since 1990 and is perhaps the most detailed picture we have of what people do (or don’t do) in bed. It suggests that the number of people who report same-sex experience is much higher than the number of people who identify as gay or bisexual.

Laud Humphreys’ infamous 1970 book Tearoom Trade, a highly controversial ethnographic study of anonymous sex between men in public toilets, showed us that plenty of people who seek out and engage in same-sex sexual contact do not necessarily identify as exclusively gay or even bisexual – in fact, only a small minority of his respondents did.

However far we’ve come, there’s still a social stigma attached to being lesbian/gay/bisexual. That means the statistics we have will be an underestimate, and future surveys will need a much more complicated range of questions to give us a more accurate picture. If we ask the right ones, we might discover we live in a moment where people are exploring their sexualities without feeling the need to label them.

But are we headed towards a point where the hetero/homo binary will collapse, and where gender will play less of a role in sexual preference? Given the continued privilege that comes with a heterosexual identity and the powerful political and emotional history of gay and lesbian identities and movements, I don’t think so.

Still, it seems more people may be growing up with the assumption that sexuality is more complicated than we have previously acknowledged – and that this not need be a problem.

Megan Todd is a Senior Lecturer in Social Science at the University of Central Lancashire.