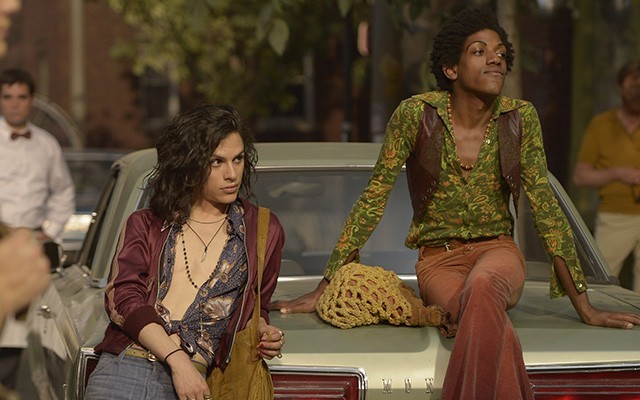 In an interview with The Guardian, one of the most notable Stonewall historians reflected on Roland Emmerich’s Stonewall. Here’s what he had to say:

“I was looking forward to a literal rendition of the excitement of a riot. I constructed that carefully in my book to show the drama, and if they had just stuck to the actual facts, it would have been much more powerful. To me, this was a very lame and inaccurate portrayal.

I liked the character of Ray in the film. But he’s supposed to be based in part on Raymond Castro, who was nothing like that. Ray Castro was a very masculine guy, a generous guy – and very conservative-looking. He wasn’t effeminate – he never went in drag. He didn’t prostitute himself, either.

Ray Castro’s story is he was the one who had the big fight with the police as they were trying to get them inside the police wagon [on the night of the riot]. He was handcuffed in the patrol wagon to a lesbian and he got her a lawyer – he wouldn’t let her pay for the lawyer. What led to his arrest: he had gotten out of the Stonewall Inn after the raid, and then came back to see what was going on and tried to help a friend. If you just kept to the story as it was, it would have added a lot to the script.

The film is also extremely unfair to the Mattachine Society. The Trevor character is mainly based on Craig Rodwell, who was actually the one who first shouted “Gay power!” on the first night [as Danny does in the film]. In Stonewall, he’s seen trying to stop Danny from participating in the uprising. Yet Rodwell was not only an ardent supporter of the uprising, he was the event’s chief propagandist. So the film stands history on its head.

The worst people in the film, besides the open homophobes, are shown to be the [Mattachine] movement before Stonewall. The real-life Frank Kameny [co-founder of the Washington DC branch of the Mattachine Society] was nothing like the Frank in the film. He wouldn’t have told a young man coming out: “You can never be an astronomer.” He never discouraged anyone’s dreams.

The film also put forth some negative portrayals of gays that we had back in the 1960s. The Sister Tooey character is very awful-looking and bizarre. The same thing with the overweight guy in the red dress. The guy who picks him up at the basketball court is sort of weird-looking as well.

And it was very disappointing to me to see the death and funeral of Judy Garland used yet again as part of an explanation for the Stonewall uprising. That has been thoroughly discredited by historical research. And this film is no credit to the history it purports to portray.”

The interview also included the only surviving member of the Stonewall street youth, which you can read on The Guardian.