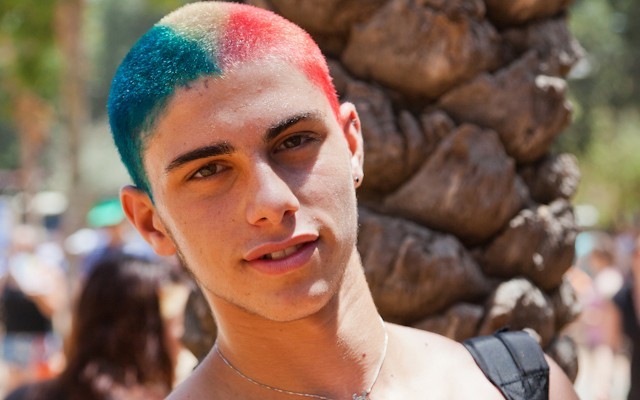 In a recent Reddit post, a young gay man named Jason said his mom blames him for ‘spreading gayness’ to his younger brother. According to the post, Jason’s 18 years old and not concerned about himself, but he was worried about how his homophobic mom would treat his 14-year-old brother. Here’s the story:

“My mother is a very complicated woman. She can be really sweet, but fucking batshit crazy at other times. I moved out a long time ago, I’m 27 and I left the house as soon as I turned 18 (also right after coming out). She didn’t disown me, but made a lot of homophobic remarks about me “joining the fags” and denying her grandchildren.

Today, I received a very angry phone call from my mom. I have a younger brother who’s 14 who lives with my parents and my sister. My mom snooped through his phone and apparently found a few texts to his friend confessing that he was gay. Suddenly, I’m responsible for engulfing him with my rainbow wrath when I barely see him.

I have considered trying to get him to move here with me but I don’t think he’d want to leave everything behind. My family would also have a fit.”

Of course, the queer community provided an abundance of support and advice, which inspired Jason to provide an update.

“I read all the comments, each and every single one. However, about an hour after writing the post, I grew impatient and just drove to my parents’ house…My mom lost her shit when I came, said that I was going to make it worse. She’s kept a little quiet though (probably because she realized she can’t do much at this point).
My younger brother is fine…He believes he’s 90% gay. He doesn’t notice girls, but notices guys. He said he’s felt deeper connections with them and is crushing on his friend (basically all the things we all had to deal with when we were young anyway).

I told him about moving in with me and switching schools. I tried to make him understand that he needs to be in a healthier environment and does not need to be taking any shit from my mom. He was very hesitant about leaving his friends, but he’s agreed to move in with me in the next month or so. And for those of you asking if I can afford it, I very much can.

Well damn, didn’t really expect this. Thanks guys. I’m still waiting on the guardianship process to close up, havent received the papers yet but I think it’ll go smooth. He’s staying here for maybe 2 weeks and I’m expecting we’ll be off by then. Thanks for the support!”

Props to Queerty for finding his story!