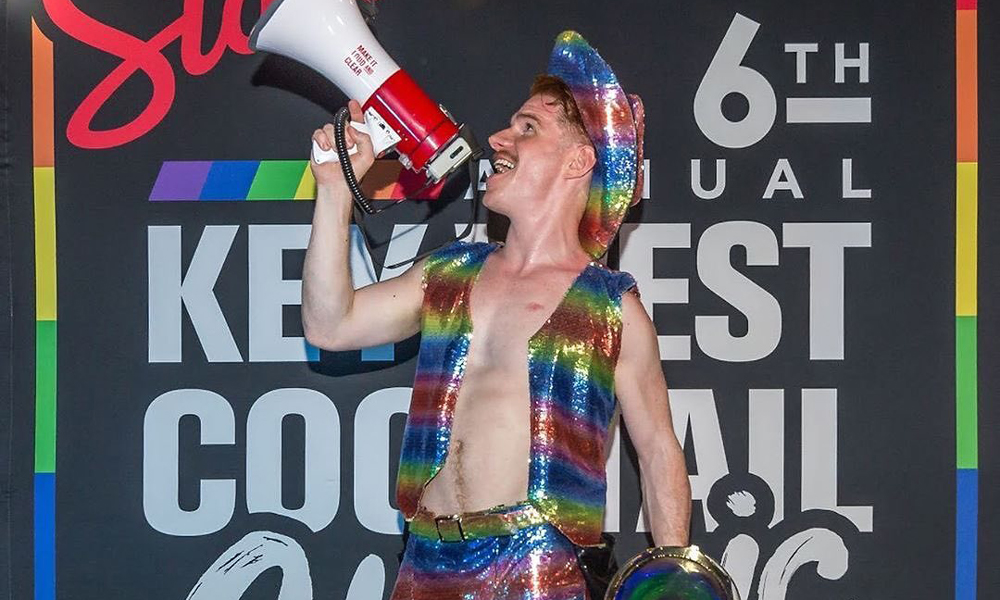 Sam Benedict came to Key West to win, and he did.

Benedict told the Miami Herald, “Never having been to Key West, I had to do a lot of homework, and Key lime pie was my first stop. I started messing around with Key lime flavors, and this is what I came up with.”

Congratulations to the sixth @stoli Key West Cocktail Classic Champion, Sam Benedict (aka @gingersammynyc) of @ClubCumming in NYC! 🤴 . We’d also like to congratulate all of the bartenders who competed and demonstrated the importance of visibility. . Cheers to a fantastic season! 🥂 . #StoliPride #LoudAndClear

In addition to taking home the title of Stoli’s North American champion, Benedict won $10,000 for his hometown charity, Gays Against Guns, and $5,000 for Habitat for Humanity, his chosen Key West charity. Benedict and the finalists were selected through two elimination rounds that starred 14 regional winners competing on the open-air stage.

To catch up on the 2019 Stoli Key West Cocktail Classic, watch the full program below in two parts!