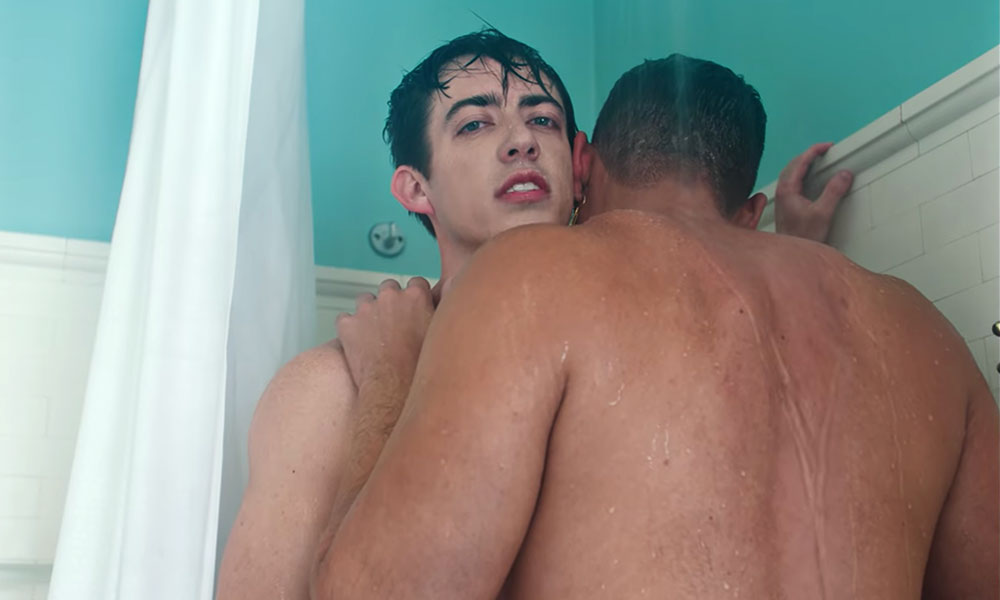 Kevin McHale skyrocketed to fame while playing Artie Abrams on the hit show Glee. Since the show wrapped, he’s made some drastic changes to his brand. In addition to getting ripped, the 30-year-old actor/singer just released a new song titled “James Dean” coupled with a steamy music video.

“James Dean” is the second single from his new EP, Boy, and the second song McHale dropped in 2019, following “Help Me Now.” It’s a catchy bop, and will surely get stuck in your head for days.

In the music video, McHale sings and serves some serious bedroom eyes before jumping in the shower with his love interest, Johnny Sibilly of FX’s Pose. Shortly after McHale and Sibilly unite in the shower, the duo starts stripping off their clothes.

“‘James Dean’ is the first song we did for the EP, and it really was the key to making it all happen,” McHale said. “It was such a fun and spontaneous session. It felt like most of it was free-styled. It’s still my favorite song on the EP.”

“James Dean” is available to stream and download on the platform Vydia. Throughout Pride Month, Vydia and McHale will donate the proceeds from the song to The Trevor Project.

It’s a catchy bop, and will surely get stuck in your head for days. Watch the music video below.