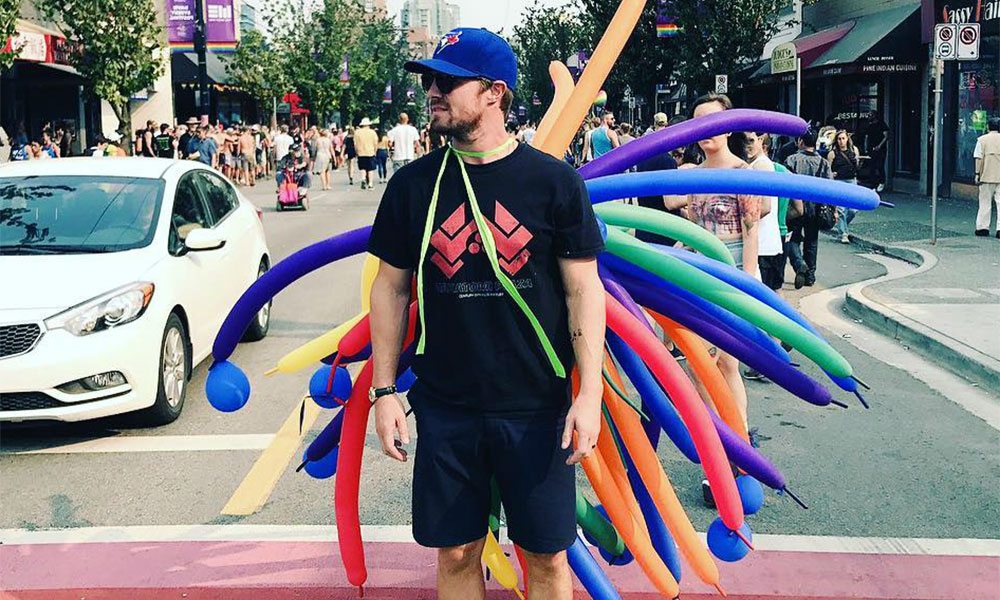 “Go be on the wrong side of history on somebody else’s Facebook page.”

Stephen Amell has shown support for the LGBT community throughout his career. You could even argue that he first found success on LGBT-themed shows such as Queer as Folk and Dante’s Cove.

As more bigots joined the bash, the tone of the comments escalated, and the Arrow star fired back with a stern status.

“Facebook! What’s happening! So I’m scrolling through my page this morning and I was really taken aback by some of the back and forth commentary after I posted two photos from the Pride Parade / Festivities yesterday in Vancouver. The vast majority were positive, but a laughable amount were negative.” he wrote.

Amell did not apologize for supporting the LGBT community. Instead, he vowed to walk in the Vancouver Pride Parade next year.

“I had a fantastic weekend in Vancouver with my wife and friends, met some terrific people and more than anything just tried to soak in all the positive energy from people living their best lives. If I’m in Vancouver next year I won’t just go back, I’ll walk in the parade. So for everyone in their negative pants: Go be on the wrong side of history on somebody else’s Facebook page. xo.”

Shortly after his status update, Amell followed up on the situation in a Facebook Live video.