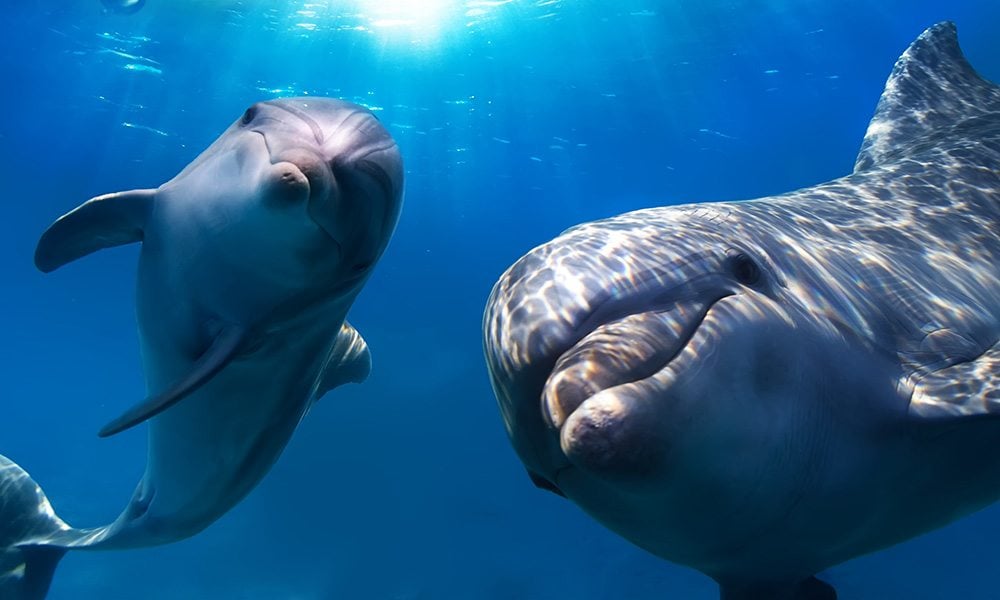 Homosexuality in the wild is much more common than you might think. Bottlenose dolphins, for example, are one of the most intelligent creatures known to have same-sex relationships. Scientists believe this behavior has something to do with social bonding, but there is obviously a lot more below the surface.

Researchers at the Mandurah Dolphin Research Project in Western Australia observed big groups of dolphins engaging in what appeared to be homosexual behavior after the mating season ended. Krista Nicholson of the Murdoch University told the Mandurah Mail that this was typical behavior seen in other bottlenose dolphin populations, including those found at the Shark Bay World Heritage site, also in Western Australia.

Nicholson stated, “Apart from homosexual behavior, males, unlike females, in Shark Bay have also been recorded to perform synchronous displays.”

According to the Dolphin Communication Project, synchronous displays, or mirroring the behavior of your dolphin friend, signal to other dolphins that you are in a close relationship with your partner. Synchronous swimming creates a strong visual for anyone watching and is a powerful display of solidarity.

Dolphins have a gang culture around finding and protecting sexual partners.

Janet Mann, a professor of biology and psychology at Georgetown University, observed that male bottlenose dolphins often engage and maintain same-sex relationships early in life to establish hunting groups for females during mating season when they mature. As male dolphins moved on to bi-sexual relationships later in life, these male bonded groups herd and control the movement of female dolphins while they waited for the girls to become sexually receptive.

Dolphins have been found to spend 80 percent of their lives in sexual play.

In a study by a Brazilian university dolphin sexual intercourse was clocked at “no more than 10 seconds” but that it could be repeated several times within less than an hour. Which begs the age-old question … what do you do with the other 23 hours in a day?

Janet Mann, who has studied dolphins at Shark Bay for decades, concluded that another possible reason for this homosexual behavior is for males to practice mating. In her book Homosexual Behavior Animals: An Evolutionary Perspective, Mann wrote: “Homosexual interactions in bottlenose dolphins … seem to serve multiple functions, although the exact fitness consequences, if any, are unknown.”