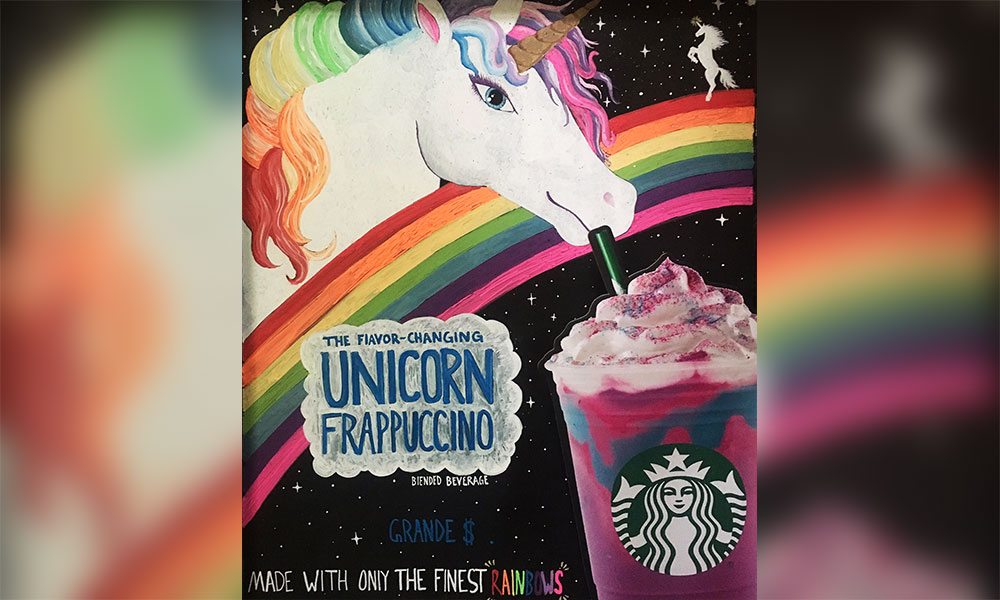 Starbucks just released a flavor-changing Unicorn Frappuccino, and it’s the drink of dreams. This unbelievable beverage is ridiculously colorful, topped with whip and garnished with a sprinkle of sour dust.

In a statement, Starbucks highlighted the beverages more enchanting characteristics. “The elusive unicorn from medieval legend has been making a comeback. Once only found in enchanted forests, unicorns have been popping up in social media with shimmering unicorn-themed food and drinks.”

They continued, “Like its mythical namesake, the Unicorn Frappuccino blended crème comes with a bit of magic, starting as a purple beverage with swirls of blue and a first taste that is sweet and fruity. But give it a stir and its color changes to pink, and the flavor evolves to tangy and tart. The more swirl, the more the beverage’s color and flavors transform.”

This fascinating Frapp is available April 19 through April 23 at participating stores in the United States, Canada and Mexico.