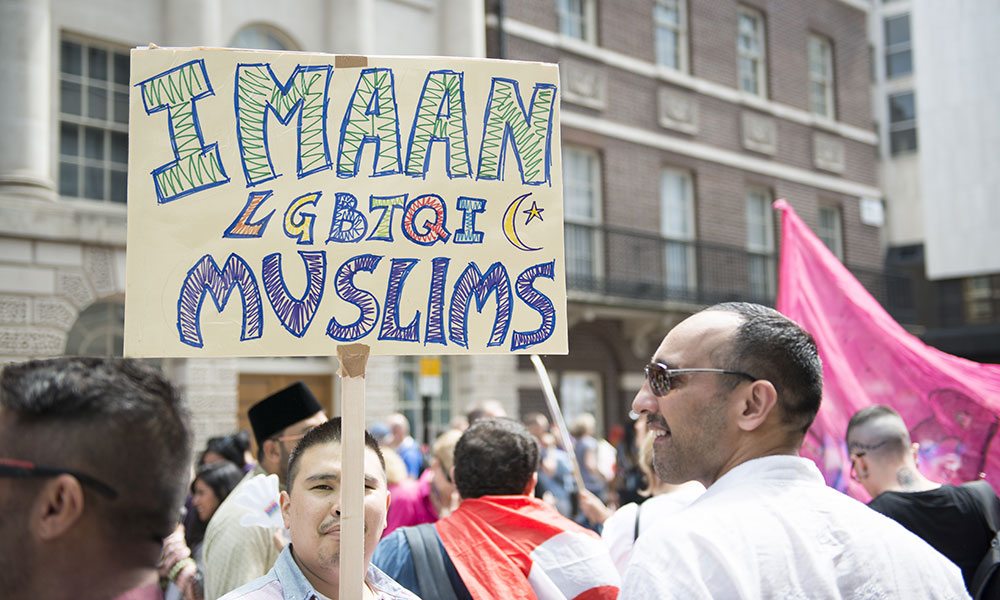 Established in 2004, the International Day against Homophobia, Transphobia and Biphobia seeks to raise global awareness of the discrimination which many millions of people continue to suffer simply on the grounds of their sexual orientation. It falls on May 17 — the date in 1990 when the World Health Organization finally removed homosexuality from its list of mental disorders.

The world has come a long way since then. But demolishing prejudice can rarely be achieved overnight, and in many parts of the world, homophobia, transphobia and biphobia are widespread and deeply entrenched.

Many campaigners argue that the keys to changing discriminatory attitudes towards sexual minorities are education and availability of positive role models. But for all the good they do, approaches based upon the raising of consciousness are increasingly having to confront a very powerful and, in many cases, seemingly intractable opponent: religion.

Prejudice based on religious belief is far harder to shift than the more conventional folkloric attitudes that have long provided shaky and unstable support to widespread homophobia.

A series of recent developments illustrate the extent to which parts of established churches and religious communities are increasingly targeting sexual minorities.

In January 2016, the Church of England held its bi-annual Primates meeting, in which the world’s 38 principal Anglican leaders met to discuss doctrinal and administrative matters. Despite (or perhaps because of) a perception that the Church of England has been leaning towards a liberal standpoint on the question of sexual minorities, the meeting became embroiled in a bitter row over the question of whether the church should accommodate homosexuality, same-sex marriage and the appointment of gay clergy.

The disagreement saw the head of the Ugandan Anglican church reject calls for an end to the victimization of gays and lesbians, stating that homosexual practices are “incompatible with Scripture”.

The Catholic Church, too, has moved slowly. While Pope Francis has called for an end to unjust discrimination against gays and lesbians, he has also stated that the church will not change any of its official doctrines on homosexuality – and beyond the ostensibly liberal climate of the Vatican, leading Catholic clerics elsewhere have reasserted the need to remain steadfast on the question of sexual minorities.

As with the Anglican communion, certain wings of the Catholic church have been taking harsh conservative stands of late. In Malawi, Catholic bishops recently issued a pastoral letter in which they faulted the government’s moratorium aimed at stopping gay arrests under the Malawi Penal Code. The bishops expressed worry at the government’s “betrayal” of bowing to human rights campaigners and international actors on homosexuality.

But lest anyone imagine that such prejudices are only to be found among congregations in the Southern Hemisphere, the recent and well-publicized series of legal attacks against sexual minorities in the US, often in the name of “religious freedom”, is a reminder that discrimination on grounds of sexual identity is a truly global phenomenon.

For years now, Christian conservative groups from the US have been extending their prejudices into the African continent. Prominent African religious leaders have been deployed to campaign against LGBT rights. Right-wing American Christian organizations have opened new offices and increased resources in Africa to expand operations. Their stated aim is typically to popularize their teaching and to advocate for the incorporation of “Christian views” in legislation and policies.

The most notorious example is its instigation and support of anti-homosexuality sentiment in Uganda, which has resulted in some of the African continent’s harshest homophobic laws.

Beyond Africa and the US, sexual minorities have long been persecuted in parts of the Middle East. Their suffering has reached a new and terrible low point in those areas controlled by the so-called Islamic State (IS), with reports detailing IS’s systematic executions of gay men in the towns and villages it has captured.

The right to free expression of religion and conscience is a fundamental human right. The historical struggles for religious freedom across the world have exerted a profound influence upon human rights. We must all be free to hold (or not to hold) to a particular belief system from which we seek to derive meaning, inspiration and guidance.

But even as a human right, religious freedom does not extend to persecuting or enabling the persecution of others.

May 17 offers all of us, religious and non-religious alike, the opportunity to recognize the sheer inhumanity of discriminating against others simply because of who they love. In a world so dogged by suffering and oppression, the energy and commitment of many religious communities can be put to far better use.