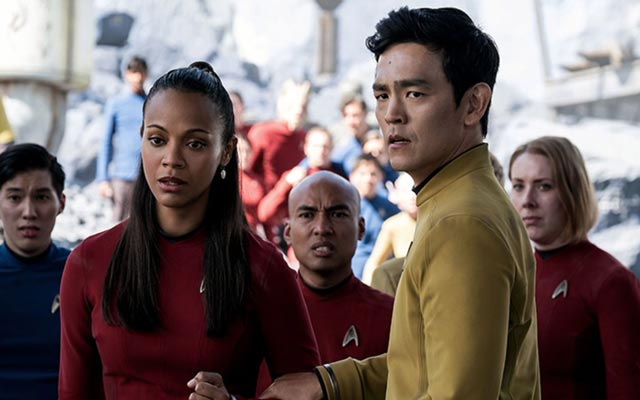 The newest edition to the Star Trek franchise is boldly taking a gay character where no gay character has gone before … the Starship Enterprise. That’s right, Scotty — they’re going gay.

Writer Simon Pegg and director Justin Lin decided it was time to take the trekkies into the 21st century by making one of their main men gay. But who will it be? Captain Kirk? Spock? It’s actually Hiraku Sulu, the character originally taken on by George Takei.

Takei, a gay man and arguably one of the most recognizable actors from the original, is being honored by those in creative control of the film for all his work within the Star Trek and LGBT community by giving his former character a current same-sex partner.

But for those of you hoping to see some man-on-man lovemaking, you might have to wait a bit longer … John Cho, the actor who plays Sulu, made it seem like the characters sexual orientation might be subtle. He said, “I liked the approach, which was not to make a big thing out it, which is where I hope we are going as a species. Not to politicize one’s personal orientations.” 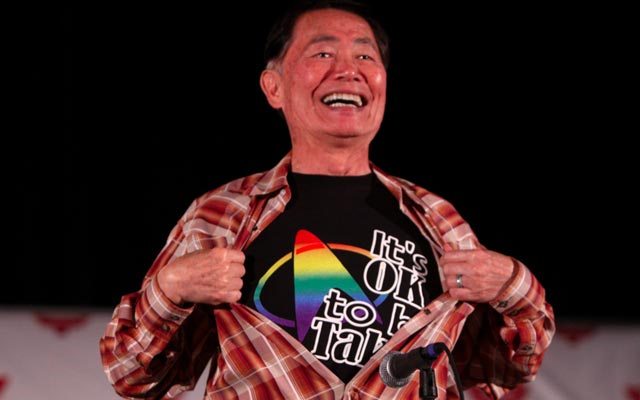 Well, we’re just happy to see gay characters making their way into mainstream media. To be fair, often our sexuality is subtle, we don’t all walk around with a rainbow flag throwing out glitter — well, not on weekdays.

If you’re not satisfied by Sulu’s sexual orientation representation, maybe this will make you feel better … he’s also a dad! That’s right, Mr. Sulu and his man have a baby. Cho told ET in an interview his character is “homesick” and “has a heartache for his little baby.” Come on, gay dads in a high budget major motion picture! We’re making progress, people!

Live long and see Star Trek Beyond, in theaters July 22.