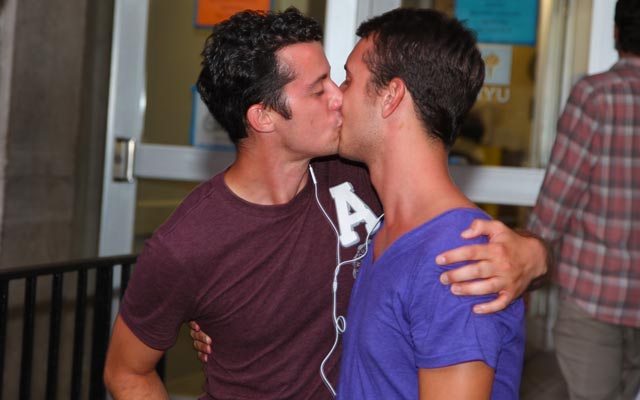 YouTuber Julius Dein decided to see what people would do while witnessing extreme homophobia, and the result was rather incredible.

While riding the tube in London, Dein recorded the reactions of bystanders who observed him berating a gay couple who were holding hands. The “couple” played by Adam and Josh, were in on the experiment and sat quietly during Dein’s verbal attack.

The video begins by asking the question, “What would you do if you witnessed homophobia in public? Would you get involved?” For the majority of individuals in this short feature, the answer was yes — not only would they get involved, but they would also show support.

One woman was so offended by Dein’s remarks she comes to the couple’s defense by saying, “If these two decided to start banging in front of me, that’s their business. It’s nothing to do with you [Dein] or me. How dare you.”

Related: The Westboro Baptist Church Has a Fabulous New Neighbor

While the experiment proved to be overwhelmingly positive, of course, there will always be that one guy who joins in on the insults like a playground bully, but we won’t even take the time to acknowledge him here.

If you can make it through the uncomfortable 3-minute 44-second social exercise in acceptance, you’ll see just how far we’ve come.