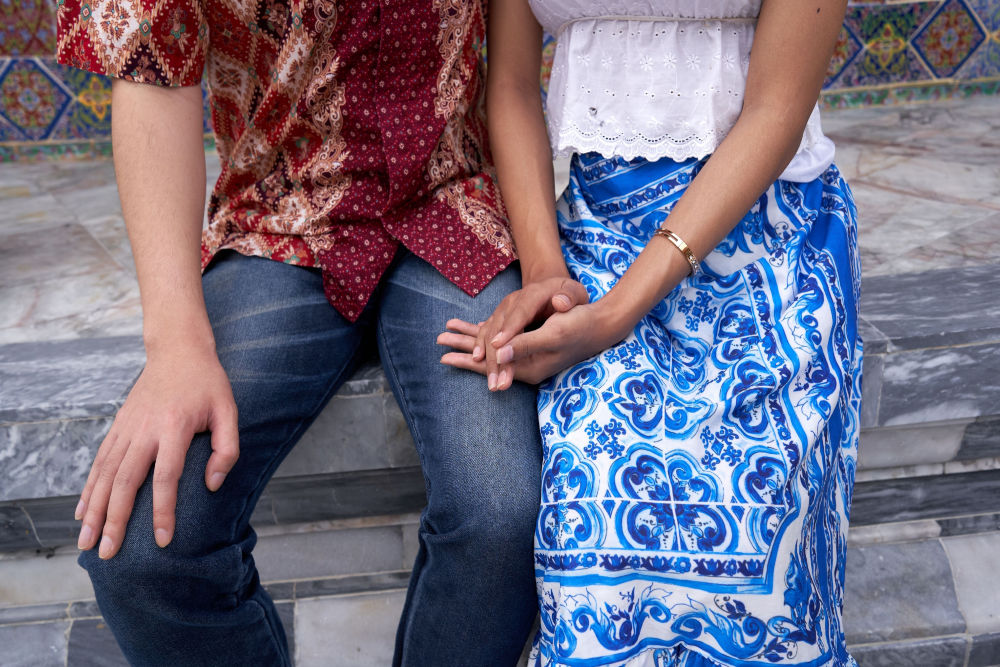 At a time when microlabels crop up left and right on the internet, the term “skoliosexual” may seem like just another harmless word. But while microlabels can help queer people develop a deeper understanding of their relationship with sex and gender and figure out how to communicate their boundaries in a relationship, a label like “skoliosexual” has the potential to alienate and “other” certain members of the LGBTQ community.

Here, we shed some light on the term “skoliosexual”, its meaning and origin, and why many in the community are uncomfortable with this label.

RELATED: What Does Aegosexual Mean?

What Is Skoliosexual? Definition And Origin Of The Word

People who are primarily attracted to transgender, non-binary, and/or genderqueer people are described as “Skoliosexual.” This can encompass sexual attraction, romantic attraction, and aesthetic attraction.

The word is derived from the Greek prefix “skolio-”, which means crooked, bent, or divergent. “Skolio-” is also the root word of the term “scoliosis”, which describes a condition where the spine twists and curves sideways.

The term has been used in Tumblr and Reddit discussions as far back as 2012 though the exact origins of the word are unclear. 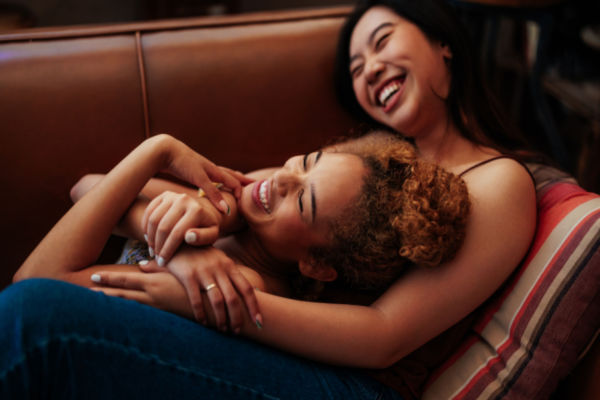 Why This Term Is Controversial

Although being attracted to trans, non-binary, and genderqueer people is totally harmless in itself, some argue that having a term to emphasize this particular attraction can have negative implications on trans and gender non-conforming people.

The Term Can “Other” Transgender People

Trans men are men and trans women are women. The only difference between transgender and cisgender people is that the latter identify with their sex assigned at birth while the former do not. When people use “skoliosexual” to describe their attraction to transgender people, they inadvertently define trans people by their trans-ness.
This can lead to the “othering” of trans people as not quite the gender with which they identify.

The term itself also reinforces negative stereotypes about trans people. “Skoliosexual” effectively translates to “being attracted to people who are crooked or divergent” when taking the meaning of the Greek prefix into account. Implying that trans people are inherently broken or not quite “normal” compared to the rest of society.

Some people have offered alternative terms to describe being attracted specifically to trans and gender non-conforming people, including “apeirosexual” and “ceterosexual”, which mean “boundless” and “the rest”, respectively. 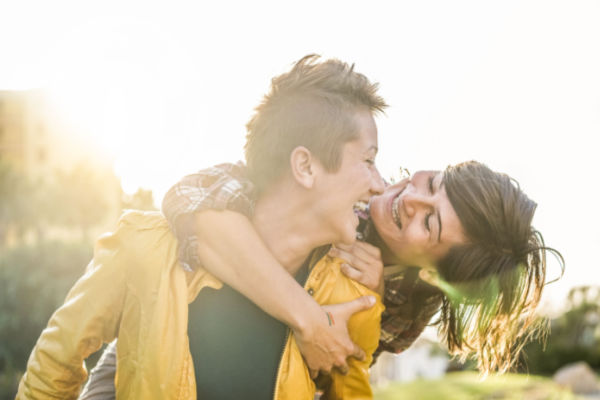 The Term May Normalize “Chaser” Behavior

Despite the existence of less problematic alternatives to the word “skoliosexual”, some members of the trans and non-binary community feel that having a specific word for being attracted to them can encourage the fetishization and dehumanization of trans and non-binary people.

People who fetishize trans people are oftentimes called “chasers”. Unlike those who experience a harmless primary attraction to trans folk, chasers are often characterized as straight, cisgender men who prey on trans women solely for sexual gratification. These kinds of people treat trans women as a “kink” – sexual objects to be pursued and won for their pleasure alone.

Chasers often exhibit misogynistic and transmisogynistic behaviors and prefer to keep their relationships with trans women private out of a misguided fear of being labeled as queer themselves. It goes without saying that dating a trans person doesn’t automatically make you queer – who you’re attracted to has nothing to do with their sex assigned at birth or anatomy. But for a good number of chasers, trans women are viewed as not quite women nor men – something “other”.

That said, this is not to say that everyone who is attracted to or pursues trans and/or non-binary people is a chaser. There is a prevailing stigma against men who date trans women that pushes them into a closet where they feel they can’t be open about their relationships out of fear of prejudice and discrimination. People who develop real, long-lasting, and positive relationships with trans and non-binary people should not be lumped in with chasers. 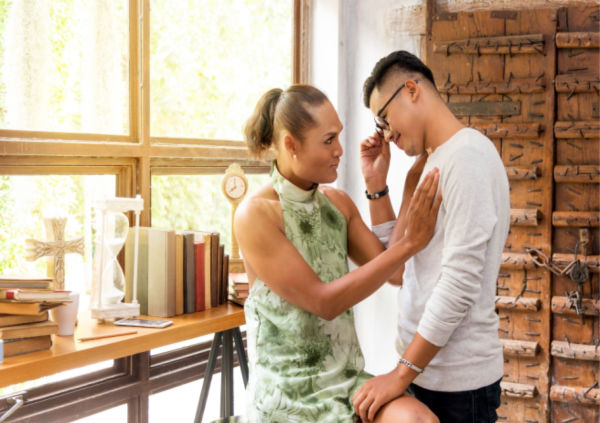 But What If You Are Attracted To Trans And Nonbinary People?

However, there are plenty of other less problematic terms out there that can be used as an alternative. These terms, unlike “skoliosexual”, do not single out specific gender identities. They’re more inclusive, encompassing a wide range of gender identities, including trans and gender non-conforming people.

Here are some terms you can use in place of “skoliosexual”:

A pansexual is someone who is attracted to people of all gender identities. It comes from the Greek prefix “pan-”, meaning “all”. Pansexuality has also been described as being attracted to people regardless of their gender. This means that a pansexual person may not even factor in someone’s gender when considering whether they’re attracted to them.

Bisexuality and pansexuality have a lot of overlap. For some, the two terms can even be used interchangeably. That said, pansexuality is believed to be a more inclusive term. Especially for those who interpret bisexuality as a binary attraction that excludes trans and non-binary people.

Today, pansexuality is considered a part of the bi+ umbrella, which also includes the orientations below. 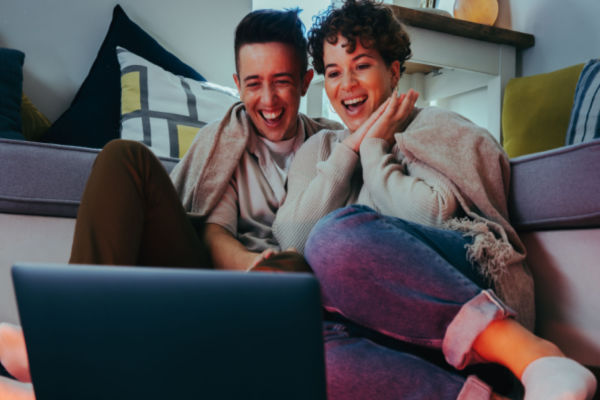 Polysexuality is an attraction to multiple genders. While polysexual people can be attracted to more than one gender, they aren’t necessarily attracted to all gender identities.

Queer is an umbrella term that can be used as both a sexual orientation and a gender identity. Some people define queerness as anything that isn’t exclusively cis-heterosexual. 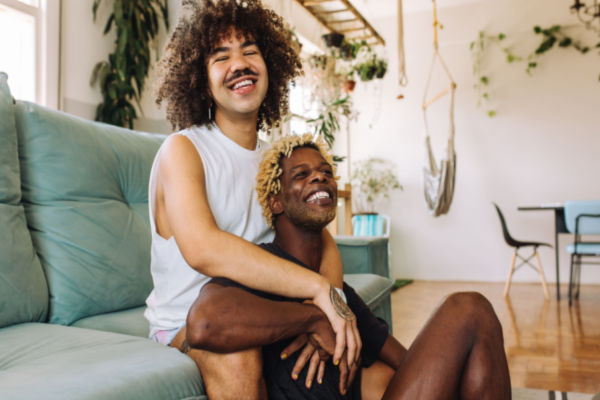 So, what is skoliosexual? The term refers to people who are attracted to transgender and nonbinary people. It’s a relatively new word that has only recently started appearing in mainstream conversations, and it’s already stirring up controversy.

Some people argue that the term leads to the “othering” of transgender people. Others claim that it could be helpful in normalizing attraction to trans and nonbinary individuals. Ultimately, the debate over skoliosexuality will continue, but one thing is for sure – we need to start talking about it.

RELATED | What Is the Polysexual Flag?