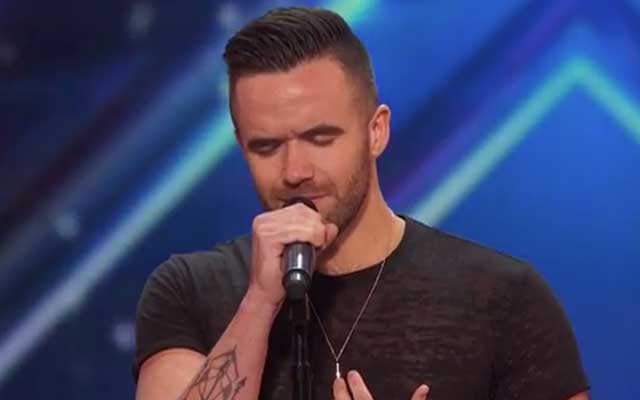 Can anybody find me … somebody to … sing this song better Brian Justin Crum? I don’t think so. During his audition for America’s Got Talent Crum took to the stage to sing Queen’s “Somebody to Love,” a song we’ve all heard sung a hundred times but never like this.

The former Broadway singer stood poised at the microphone before putting on a performance that would earn him a standing ovation from the audience and judges. Simon Cowell even offered his compliments when he said, “Every ounce of your came out, and the truth is, you are a fantastic singer.”

But how did he pick that song? How did he know it would be so well received? It turns out this isn’t the first time Crum has hit the stage with a Queen performance — in 2011 he was part of the “We Will Rock You” tour, a production based on the songs from Queen.

The openly gay contestant advanced in the competition show, we just hope he can keep rocking the judges. Get it? Because Queen sang “We Will Rock You.”