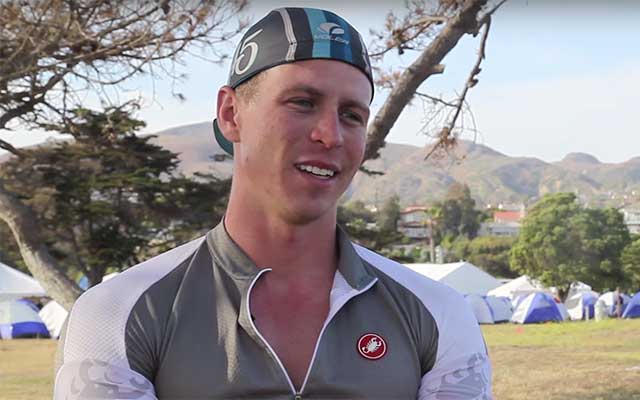 Meet Christopher Luke Moore; a 26-year-old athlete who is overcoming addiction after receiving an HIV diagnosis. While riding in the AIDS/LifeCycle fundraiser, the fitness trainer opened up about his battle by detailing his experience as an addict and what it really took for him to make a change.

In a recent video posted by YouTuber Davey Wavey, Moore says it wasn’t until his HIV-positive diagnosis that he got clean and started focusing on his fitness, but after nearly two years of sobriety, Moore relapsed, just days before his physically and emotionally overwhelming ride to raise money for AIDS research.

Related: Davey Wavey Wants to Teach You How to Take It

Even after this setback, Moore decided to take the 545-mile tour from San Francisco to Los Angeles by pedaling down the coast with the support of his finance, Clark, who joined him on the journey.

During his interview, Moore revealed, “Being on the ride this week is probably the most challenging week of my life, and I couldn’t imagine being anywhere else.”

The trials and tribulations of addiction often include overcoming adversity, for Moore, and many others battling substance abuse, sobriety is a constant struggle; a struggle he will undoubtedly win.

Watch him tell his incredible story below.