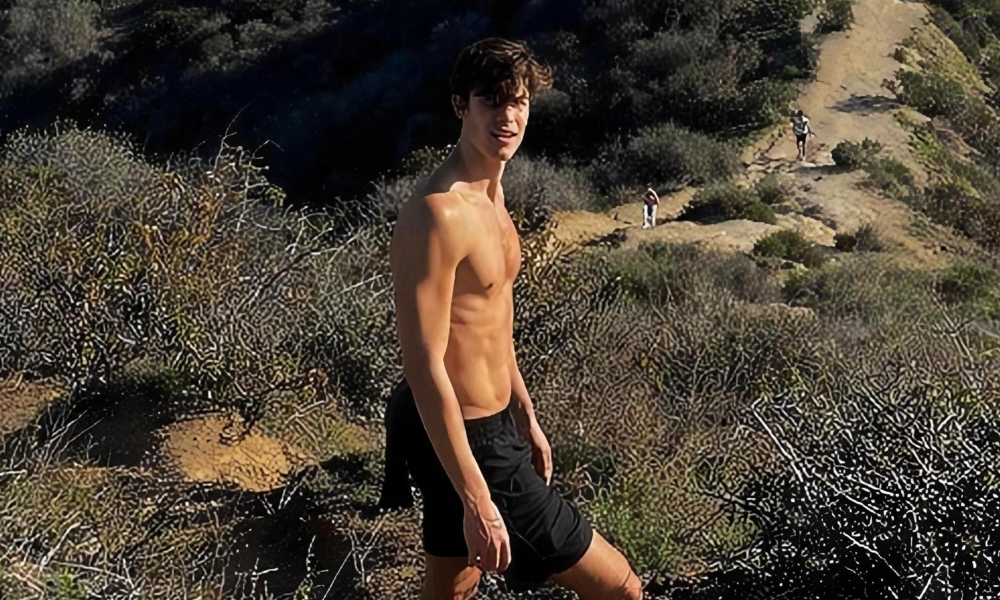 Shawn Mendes likes to hike with his shirt off, and we’re not complaining. It seems every time the world needs a pick-me-up, Shawn Mendes shows up with nothing but a pair of shorts and a gaggle of paparazzi in tow. Now, as we all recover from months of midterms anxiety, Shawn Mendes is back and shirtless. True to form (no pun intended) he is just as shirtless as you might expect.

The Canadian pop star was captured on camera as he took on a Los Angeles trail all by his lonesome. Thankfully the paparazzi decided to keep him company. The 24-year-old is pictured in the resulting shots wearing black basketball shorts, boots, and black socks. His hair looked effortlessly coiffed as he showed off his collection of tattoos to the other lucky hikers.

Why are we never lucky enough to hit the trails when Shawn Mendes is there? It’s not as if Mendes’ shirtless hikes are particularly rare. Similar photos of the star were released earlier this year—and where were we? Not hiking alongside gorgeous pop stars, unfortunately.

shawn mendes out on a hike😵💫 pic.twitter.com/E5p3WfWPAD

What Else is Shawn Mendes Up To?

These pictures come after Mendes canceled his “Wonder” tour back in July. The singer and songwriter took a step back to focus on his mental and physical health. Although we can’t account for the mental health side of things, it sure looks like he has the physical health part figured out.

In other Mendes news, the star is likely still coming down off of a successful rollout for his second-ever voice role in a major motion picture. Mendes voiced Lyle in the musical comedy Lyle, Lyle, Crocodile. The reception to the film has been mostly positive, with a critics rating of 73% on Rotten Tomatoes.