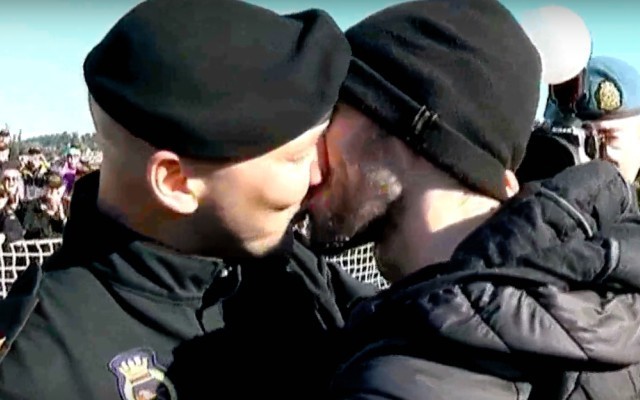 After 255 days, one lucky guy finally reunited with his seamen. Francis Legare, Master Seaman of the Royal Canadian Navy, and boyfriend Corey Vautour were separated for more than eight months. And, after being back together for only moments, they shared an adorable and passionate smooch.

While many Navy couples kiss when they reunite, this one is special. Apparently, it’s the first public display of affection between two men in the Canadian Navy.

Legare and Vautour’s kiss caused the crowd to cheer in support, which is always nice. Rear Admiral Gilles Couturier (no, we aren’t making that title up) added, “We are reflective of society and we do recruit across all across society.”