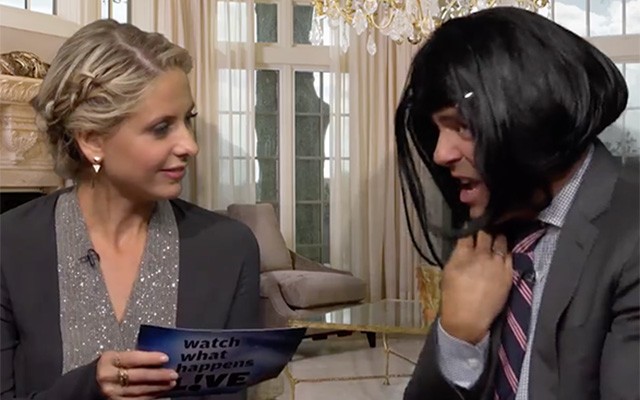 If you’re like us, you’ve have been waiting for a Cruel Intentions reunion since the film debuted in 1999. Lucky for you, it finally happened. During her visit to Andy Cohen’s Clubhouse Playhouse on Watch What Happens Live, Sarah Michelle Gellar awkwardly, and some may argue unenthusiastically, slipped back into her catty role as Kathryn, a cocaine-carrying Catholic school girl with some cruel intentions — get it?

While her lack of commitment left something to be desired, the overall effect was amazing — thanks in large part to Cohen’s characterization of the film’s secondary character, Cecile formerly played by Selma Blair. That wig, though. Watch the amazing scene play out on Clubhouse Playhouse below.

Posted by Watch What Happens Live on Thursday, October 8, 2015