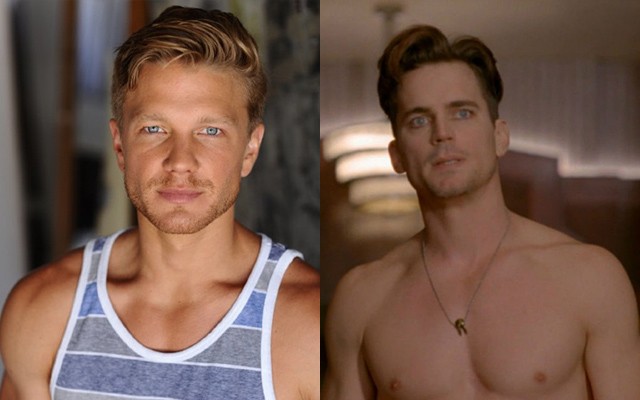 Apparently, we aren’t the only ones enchanted with Matt Bomer and his character on American Horror Story: Hotel.

Intimidated? We can’t imagine why! He’s only being filmed in the buff with Lady Gaga, a gay icon, and Matt Bomer, one of the most majestic men we’ve ever seen.

Bomer’s brooding good looks must have charmed Peterson more than he expected because now he’s enamored with the 38-year-old actor.

“He’s a very attractive guy – he’s my new man crush. He’s so cool, so sweet and down to Earth. Really personable.”

Hopefully, Ryan Murphy finds a way to bring him back from the dead for round two. Stranger things have happened on AHS.