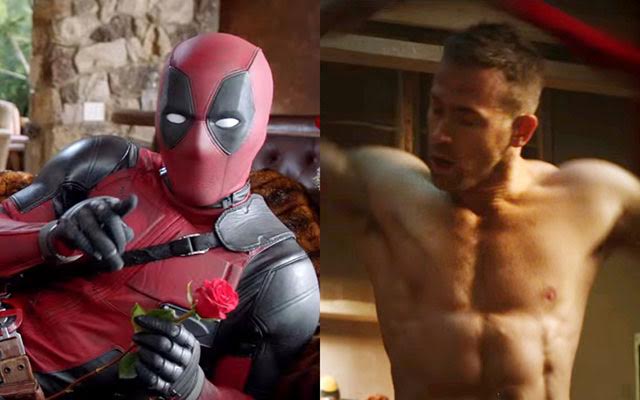 Ryan Reynold’s Deadpool hit theatres today, and everyone’s talking about the fighting scene. You know, the one in which Deadpool doesn’t wear his costume (or anything else).

In a recent interview with Entertainment Weekly, Reynolds talked about the experience of shooting the infamous fighting scene. He apparently endured “eight hours of prosthetic makeup in places that no man needs to be there with a paintbrush.”

Before shooting the scene, Reynolds had a chat with the film’s crew saying, “We had a little talk with the crew at the beginning of the day and just said, ‘You’re going to see parts of the dance floor here that you weren’t ready for. I’m sorry in advance, but we’re all in this together.’”

EXCLUSIVE: #SexiestDadAlive! #RyanReynolds gets personal about fatherhood in PEOPLE's new issue this week. Grab a copy — on newsstands this Friday.

This isn’t Reynold’s first rodeo; the star showed his goods in the 2002 film Buying the Cow. And, in other news, People honored Reynolds for his dad skills. So, that’s cool, too.