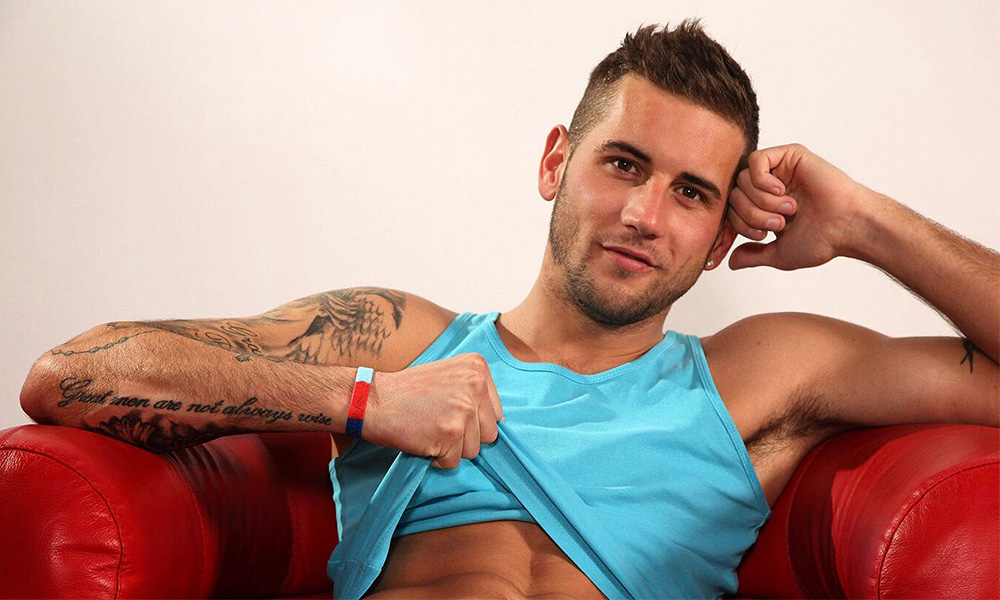 Dan Broughton, a Life Guard of the Household Cavalry, also happens to be one of Britain’s hardest-working gay performers in adult entertainment. This year, Broughton’s unit accompanied the newly married Prince Harry, Duke of Sussex, and Meghan, Duchess of Sussex, on their wedding day. The couple rode through the streets of Windsor following their lavish ceremony on May 19.

On the day of the royal wedding, Broughton couldn’t resist boasting on social media about his involvement in the event. A few hours before it started he posted on SnapChat to show off his kit and proximity to the Royal Family.

Related | The First Gay Royal Wedding Has Been Announced

Broughton wrote: “Busy day tomorrow … kits ready #royal wedding.” A week later, he made another reference to the big day while out in Windsor. “Playing out in Windsor. What a difference a week makes. Out with no helmet or sword. #royalwedding,” he penned.

Presumably, Broughton has been openly gay since accepting the position as a prominent member of the plumed and gold-helmeted mounted royal escort. It’s also believed that Broughton and Prince Harry are friends. A royal insider described Broughton as Prince Harry’s “gay best friend.”

According to Radar, Broughton works under the stage name Dirty Danny, and his films are very easy to find online. The online gossip rag said that the Internet is “littered with explicit Dirty Danny videos” on sites like Men.com and English Lads. If you’re feeling thirsty, you can verify their claims with a simple Google search.

Broughton’s UKNakedMen.com profile reads: “It’s not just lust when you meet Daniel Broughton, you will fall a teeny bit in love … He’s from the north of England, they’re friendly up there. He’s flirtatious, completely versatile and has a bit of a thing for older guys and straight boys.”

On Broughton’s Twitter profile, he identifies himself as a member of the British Army and describes himself as a “love of space, geography and flight,” “Mr. Gay UK,” and a “former international commercial and erotica model.”

In an interview about his career in adult entertainment, Broughton said: “Each studio can be completely different, and I have something I like individually about each one.”

He continued: “I love working with Americans, and you can see that most of them really get turned on working with a Brit.”