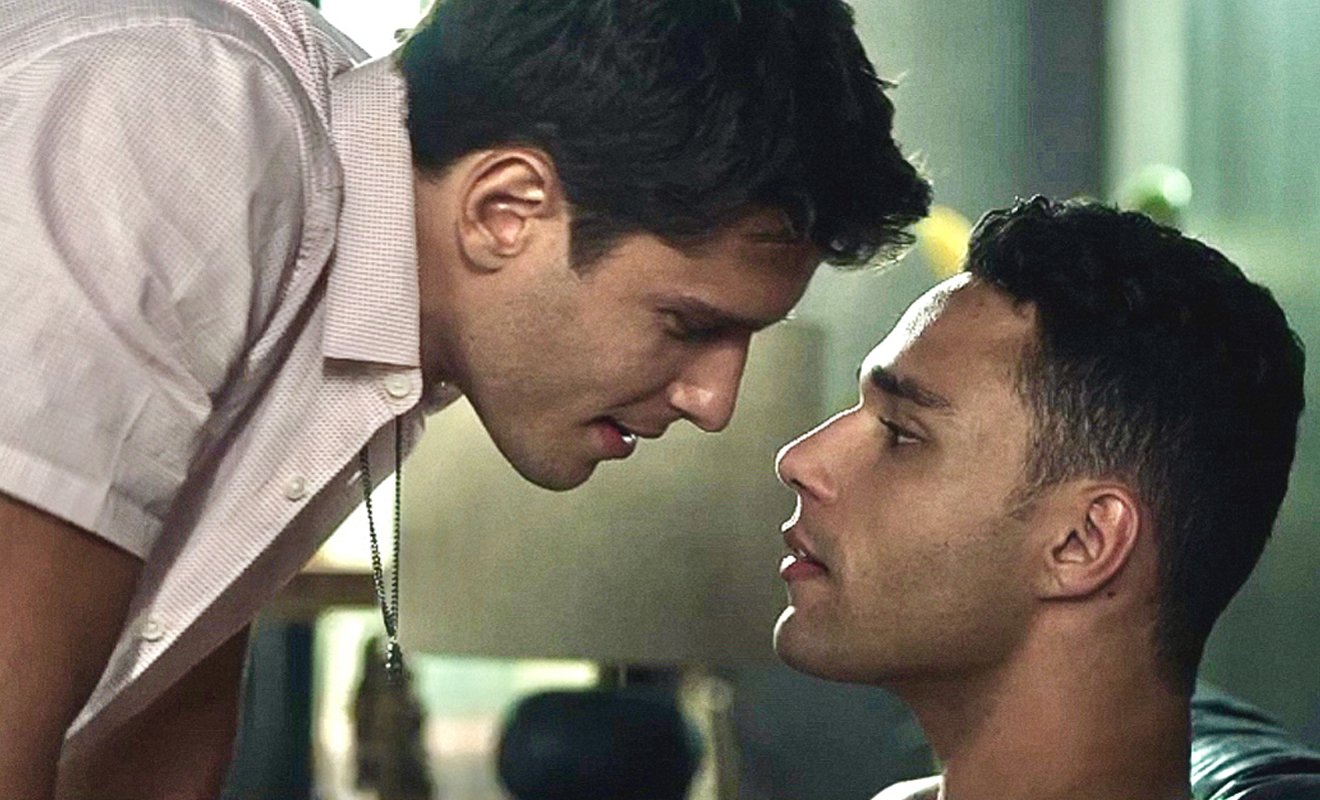 The FOX series, a spin-off of 911, follows Owen Strand (Rob Lowe), a New York City firefighter who relocates with his son to Austin, Texas. Season three of the series starts with the 126 station shut down and the team split up while handling the chaos of a widespread ice storm. But wait, there’s more.

Before episode four, Tarlos are going through a breakup, T.K. Strand is in a coma-induced dream world where he bakes cookies with his mom, and Owen is off fighting coyotes instead of fires in a cabin in the woods (no, really). So what’s next for the 126 crew?

Our own Caitlynn McDaniel caught up with Ronen Rubinstein – aka T.K. Strand and ½ of Tarlos – to talk about the future of his character, his new music, representation in the series, and the Tarlos scene fans won’t want to miss.

After saving a child trapped under ice, T.K. suffers from severe hypothermia and falls into a coma. Yes, the snow is all created through Hollywood magic. But Rubinstein said the cast still faced a few challenges while filming these episodes.

“So a lot of it is like fake snow being blown into our faces and we had huge propellers on set kicking up dirt and dust and our eyes were just like on fire,” Rubinstein told Gayety. “And there’s a lot of like fake sort of smoke that is supposed to make it look like, you know, like snowy wind gust. It’s safe to inhale but, you know, after like three weeks of that, it sucks.”

You can watch a clip of Rubinstein in action below.

The Future of Tarlos

The beginning of the season launches us forward into a time where Carlos Reyes (Rafael Silva) and T.K. are not together. When asked about the future of Tarlos, Rubinstein said the wait is almost over.
⠀
“I think it is pretty brilliant to watch them hopefully come back together and sort of watch that journey. And I think if it’s done well, it could be better entertainment than just watching a breakup on screen. I think the journey back is going to be quite beautiful.”

⠀
“There’s some really really really epic stuff for Brian and Raphael this season that I think the fans are going to lose it for.”

An Actor and a Musician

2022 is a big year for 9-1-1: Lone Star and for Rubinstein! After messing around and singing vocals in his friend’s recording studio, Rubinstein and his band Nights in Stereo released their first single.

“We got into the studio and things started flowing and sounding pretty damn good and we sort of had the confidence of our producer who’s worked with everybody and the fact that he was like, ‘we should do this, like actually do this.’ And it sort of gave us a boost of confidence.”
⠀
Check out Rubinstein’s new song “Open Door” available on Spotify now and find out what’s next for T.K. Strand on 9-1-1: Lone Star every Monday night at 8/7c on FOX.