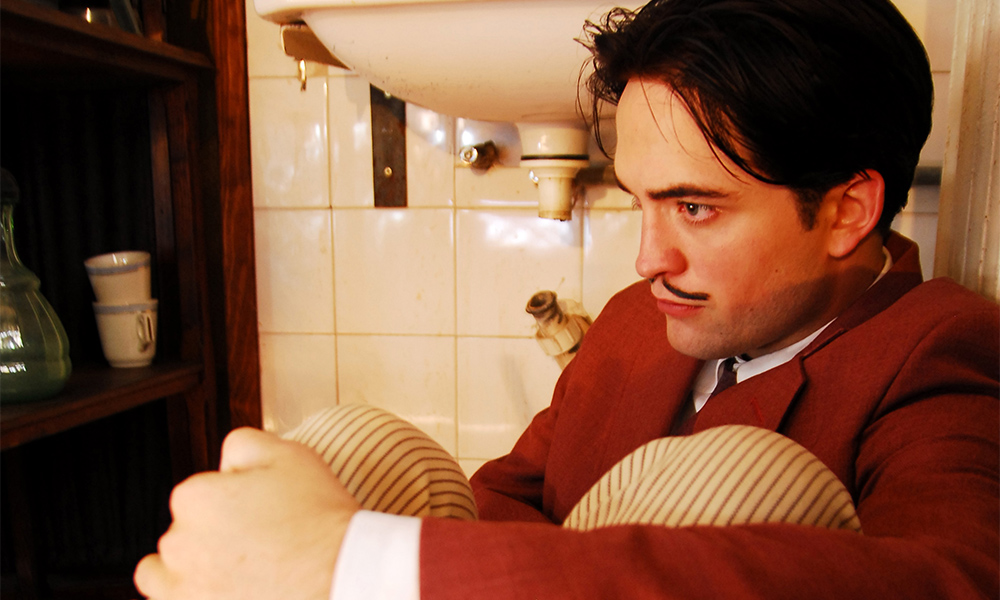 In 2008, Twilight sunk its teeth into theaters, and Robert Pattinson became an overnight superstar and the year’s sexiest vampire. When Edward Cullen (Pattinson) revealed his shimmering abs, Bella Swan (Kristen Stewart) wasn’t the only one swooning. Although Pattinson’s PG-13 striptease was hot, it wasn’t his sexiest on-screen moment of the year.

About six months before Twilight’s release, Pattinson portrayed surrealist painter Salvador Dalí in the British film Little Ashes. Little Ashes was critically acclaimed; it won a GLAAD Media Award. But, unfortunately, its limited release made it fall under the radar for mainstream audiences.

The movie takes places in Spain during the 1920s and 1930s and explores the relationship between Dalí and the poet Federico García Lorca (Javier Beltrán). That’s right — Pattinson played queer the same year.

Following the film’s release, RPattz revealed a few dirty secrets about filming the sex scenes for Little Ashes. Apparently, he wasn’t faking it. Pattinson admitted that he really masturbated for his love scene. “[Faking it] just doesn’t work,” he said, adding “so I pleasured myself in front of the camera. My orgasm face is recorded for eternity.”

So, while fans obsessed over Pattinson’s shirtless Twilight scenes, Little Ashes served audiences the real deal. The Internet has tons of grainy clips and GIFs from the scene, but Here TV has the real deal.

This week, you can watch the entire film for free on Here TV. It’s available on all your favorite devices including iOS, Android, and desktop. So, what are you waiting for? Download the app and watch RPattz steamiest movie moment ever.