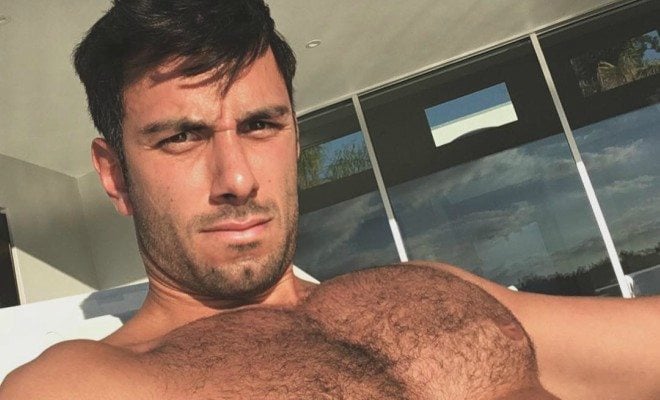 Earlier this week, Ricky Martin announced his engagement to Jwan Yosef.In case you need a refresher, Yosef is a Swedish artist who specializes in plastic arts. Before meeting Martin, he was based in London. Yosef has participated in several art fairs and contributed to many group exhibitions.

In 2013, he held two solo exhibitions titled Painting about Sex, Flesh and Violence, lol at the DIVUS Gallery in London and High Notes, at the Galleri Anna Thulin, Stockholm.

In April, Martin made their relationship official by posting a photo on Instagram, and we all know it’s not a real relationship unless it’s on IG. Yosef appeared with Martin at the amFAR Inspiration Gala in Sao Paolo, Brazil.

Shortly after the handsome couple became Instagram official, photos of Yosef going full frontal flashed across the Internet. In the photo, Yosef seems to be playfully engaging the camera while standing completely uncovered. To see the pic, click here.