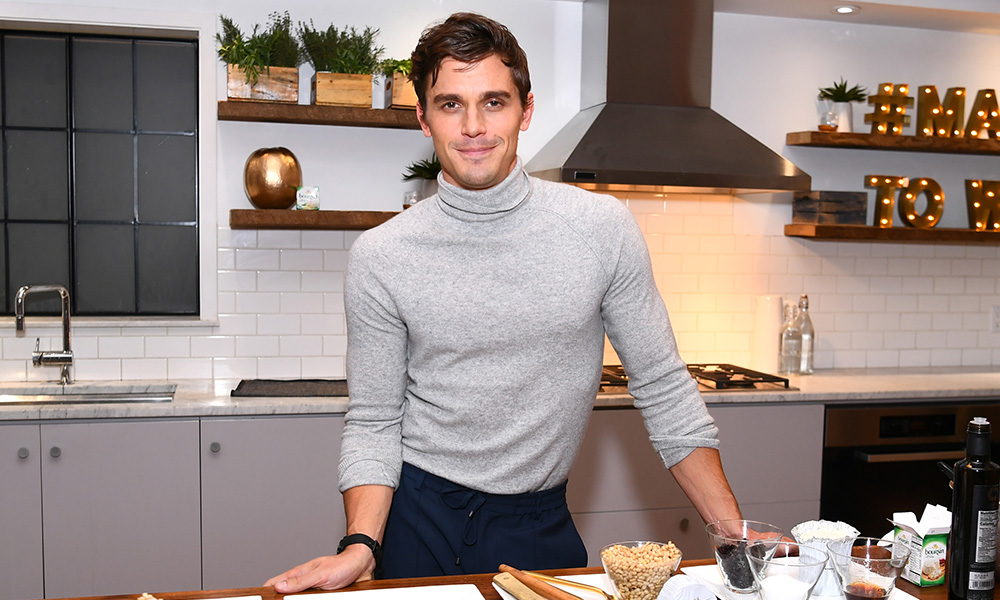 “I did certainly have a bit of shame being fluid.”

Antoni Porowski, Queer Eye‘s resident epicure, recently wrapped up his promotional tour for his new cookbook, Antoni in the Kitchen. Since then, the 35-year-old star opened up to the Associated Press about his fluid identity and revealed he worried he wasn’t “gay enough” to join the cast of the Netflix reality series.

“I’m still trying to define what that means for me,” said the Netflix favorite. “I think I did certainly have a bit of shame being fluid when I was growing up because I didn’t know too many people who I could relate to.”

Antoni went on to admit that he often feels stressed in his newfound role as a “spokesperson” for the LGBTQ community. “I get stressed out when I get asked [about being a spokesperson],” he revealed. “I’m not an expert in anything except my opinions about food and dogs and maybe scented candles. I just try to stay in my lane.”

He also opened up about his progression “from busboy to waiter to manager to sommelier,” and eventually to Netflix stardom. “Food is how I show my love to other people. It’s how I connect to others,” he added.

Porowski went on to reveal his favorite food is cheese, despite his reputation for being an avocado enthusiast. “I like an avocado,” he stated. “I’m not as obsessed with them as public perception may be. Sometimes you get remembered for some strange things. It’s such a symbol of millennial culture. The stars just aligned to make me the avocado guy. There are worse things to be remembered for, frankly. I’ll take it!”